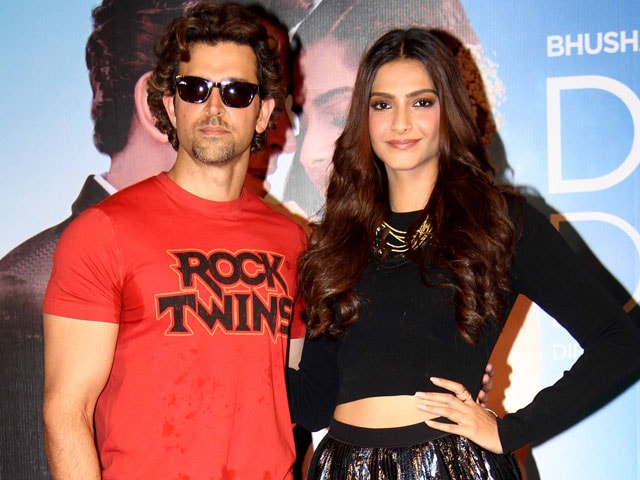 Hrithik Roshan and Sonam Kapoor photographed at an event in Mumbai.

Mumbai: Actors Hrithik Roshan and Sonam Kapoor who showcased their splendid chemistry in a music video are now eager to work together in a full-length feature film.

On August 1, Hrithik was at an event to launch Honey Singh's recreation of the popular song Dheere Dheere from the 1990 movie Aashiqui. He told the media: "I like to work with Sonam. I think we should do a film together."

Sonam also responded to Hrithik's praise by stating: "I would love to work with him in a feature film." (Also Read: It's Still 1990 in New Dheere Dheere From Aashiqui, Starring Sonam, Hrithik)

Hrithik and Sonam had previously worked together in an advertisement for a smartphone and this recreation of Dheere Dheere, which is directed by Ahmed Khan, is the second time they have been paired.

"We just had a ball. Ahmed actually had to distract us from our conversations. We were laughing half the time. So it was just very joyful," Hrithik shared his experience with Sonam while shooting the video.

"I think what Sonam brings on to a set is that smile on her face; a 100-watt one that radiates and spreads across the ambience. It was great fun," he added.The original song was sung by Kumar Sanu and Anuradha Paudwal.