Why Baahubali is a Blockbuster Despite the Absence of a Superstar 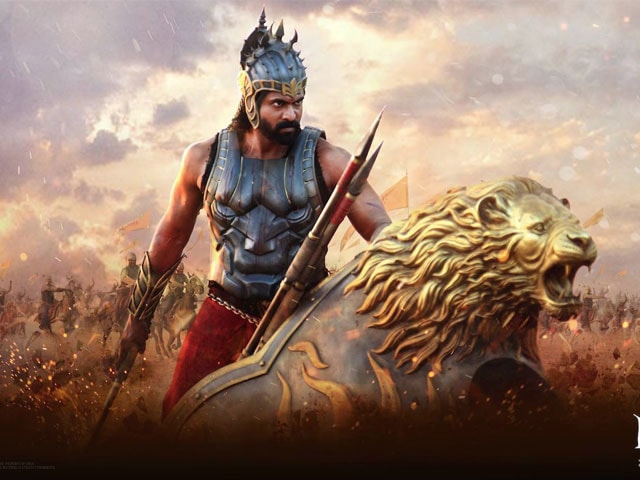 Chennai: It took SS Rajamouli's magnum opus Baahubali - The Beginning just five days to make Rs 200 crore worldwide, making it the fastest Indian film to achieve the rare feat. The film, which has set several new records, has successfully blurred the line between southern cinema and Bollywood proving that a film need not always require a superstar to become a blockbuster.

One of Baahubali's biggest achievements is the fact that it's being celebrated unanimously across the country. No other south Indian film before has received the kind of reception Baahubali has been getting.

"Nobody is asked whether they watched the Tamil, Telugu or Hindi version of the film. Irrespective of the language, Baahubali is being watched and that in itself is an accomplishment for the makers," Karthik Kumar, a Bangalore-based techie, told IANS.

"I've already watched the film in Tamil and Telugu. I'm planning to watch it in Hindi as well. It didn't feel like it's a dubbed film, thanks to the effort the team has put into to make it look authentic," Karthik said.

Baahubali, about two brothers at war for an ancient kingdom, and which stars Prabhas, Rana Daggubati, Anushka Shetty and Tamannah Bhatia in the lead roles, is one of those highly successful rare dubbed films. It came out on July 10 in Telugu, Tamil, Malayalam and Hindi parallelly.

The dubbed Hindi version of the film has made a whopping Rs 46 crores, as per trade analyst Taran Adarsh.

"It's not just the Hindi version. The film has done extremely well in Tamil as well as Malayalam too. In Tamil Nadu, where the film has released in Tamil and Telugu, it netted nearly Rs.15 crore from first five days, while in Kerala, it has netted over Rs.3 crore," said trade analyst Trinath.

According to Alok Tandon, CEO, INOX Leisure, different versions of the film have done well in different locations.

"In the whole of Andhra Pradesh, Telangana and Bangalore for example, the Telugu version has witnessed tremendous footfalls, whereas in Chennai, the Tamil version is doing extremely well. The Hindi version is attracting huge audience in other parts of the country," Tandon told IANS.

In INOX properties, Baahubali is one of the highest grossing non-Hindi language films, according to Tandon.

It is every essential for any big film to sustain the first Monday after release and continue its strong run during the weekdays. Baahubali passed that test with flying colours.

Filmmaker Karan Johar, who distributed the Hindi version of the film, posted on his Twitter page on July 13

When the monday exceeds the Friday you know the film has won the hearts of all!!!!! #Baahubali

Monday's numbers are very crucial for any big film's success, said Trinath. "When the Monday numbers didn't even show slight dip, 'Baahubali' was on its way to become a blockbuster."

In Bangalore, Urvashi Cinemas, one of the biggest theatres in the city, has decided to continue playing Baahubali, snubbing superstar Salman Khan's Bajrangi Bhaijaan.

"Even on weekdays, we're witnessing occupancy of nearly 90 percent. We're playing the Telugu version, and the response has been exceptional. We've decided to continue playing 'Baahubali' for this week instead of 'Bajrangi Bhaijaan'," a theatre's representative told IANS.

Baahubali has also turned out to be one of the biggest grossing non-Hindi films overseas, especially in USA, a market that belonged to the stars.

On Wednesday, the Telugu version of the film minted over Rs.30 crores from the USA market.

The film registered the highest opening and opening weekend for an Indian film at the US box office, with a per screen average collections of $17,000, second only to "Minions" with $27,000 over the weekend.

The film has achieved appreciation from all quarters. From industrialist Anand Mahindra to Indian cricketer Ashwin Ravichandran, everybody has heaped praise on the movie.

I congratulate @ssrajamouli & team for creating a masterpiece like #Baahubali. He has showcased might & pride of Telugu Cinema to the world.

As the title goes, this is just 'The Beginning' for Baahubali.