Who's The Boss? Actress Katherine Helmond Dies At 89 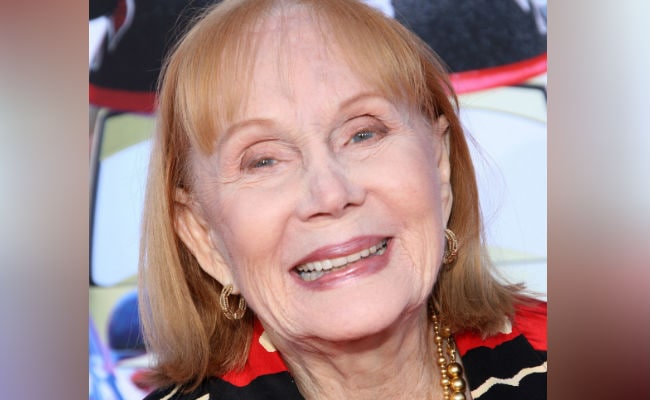 A file photo of Katherine Helmond at an event in California (Image courtesy: AFP)

Katherine Helmond, who received seven Emmy Award nominations for her varied roles in television comedies, including playing endearingly naive, yet lusty women in Soap and Who's the Boss?, died Feb. 23 at her home in Los Angeles. She was 89.

She had complications from Alzheimer's disease, her talent agency, APA, said in a statement.

On the cult-favorite comedy Soap, a spoof of daytime soap operas that aired on ABC from 1977 to 1981, she played Jessica Tate, a sheltered wife blind to her husband's infidelities.

With a girlish voice and revealing blouses, Helmond brought an unusual blend of earnestness, innocence and sexual frankness to her role. She was nominated four times for an Emmy but did not win.

Her nephew in Soap, Jodie Dallas (played by Billy Crystal), was among the first openly gay characters in a prime-time sitcom. When trying to understand her nephew, Helmond's character was caught somewhere between shock and befuddlement.

"You know, Jodie, when we young, there were no such thing as homosexuals," she said in one episode.

Crystal: "Alexander the Great was gay, Plato was gay."

Throughout its four-year run, "Soap" was the frequent target of moral outrage and religious condemnation.

"It was ahead of its time, with issues that had never been on TV before," Helmond told the San Francisco Chronicle in 1990. "One of the biggest objections was having a homosexual as a major role and showing him in a good light, with a family that totally accepted him."

Helmond's next major starring role came on Who's the Boss?, a top-rated sitcom on ABC. She was originally scheduled to have a limited part, but her character proved so irresistible that she appeared in all 196 episodes of the show, which ran from 1984 to 1992.

Her character, Mona Robinson, was a free-spirited, sexually adventurous middle-aged woman who lived near her daughter, a divorced, uptight advertising executive played by Judith Light. The show's other central character was a onetime baseball player (Tony Danza) working as a housekeeper for Light's character.

It wasn't exactly Shakespeare or Eugene O'Neill - whose works Helmond had performed onstage - but Who's the Boss? allowed her to be carefree, adventurous and bawdy. (She also had ample opportunity to show off her hourglass figure in skimpy outfits, as she fell in and out of the arms of countless men.)

"Mother, you're wearing a bathing suit," Light's character says in one episode. "I mean, isn't it a little revealing?"

Helmond: "I certainly hope so."

She received two Emmy nominations for Who's the Boss?, which was among the first sitcoms to feature an overtly flirtatious, sexually active middle-aged woman - a grandmother, no less.

"I think with Mona, I get a chance to be more open to what's happening in the world today," she told the Los Angeles Times in 1989. "I can be serious and I can be funny and vulnerable and blunt and brutal and loving. Yeah, a contemporary woman."

Helmond later played a money-grabbing owner of a professional football team on the ABC sitcom Coach. From 1996 to 2004, she had a recurring role on Everybody Loves Raymond, as the pretentious mother of Debra Barone (Patricia Heaton), the wife of the show's title character, played by Ray Romano. She received another Emmy nomination for Everybody Loves Raymond in 2002.

Katherine Marie Helmond was born July 5, 1929, in Galveston, Texas. Her parents divorced when she was young, and she was raised by her mother and grandmother.

"When I was a teenager, I just wanted to be the best actor I could be," she told the Boston Globe in 1998, "to keep working all of my life and to work until the end of my life."

She never formally studied acting, but she joined community theater companies in Houston and Dallas, working the lights and curtains and "everything I could to be in the theater," she told the St. Petersburg Times.

She briefly studied at Bob Jones University in South Carolina before moving to New York in 1955. Her first stage role came in a production of Shakespeare's As You Like It.

She held secretarial jobs, ran a theater in the Catskill Mountains and taught acting while building her career. Appearing in the original 1971 off-Broadway production of House of Blue Leaves by John Guare, Helmond won a Drama Desk award for her portrayal of the mentally unstable wife of a would-be songwriter.

She received a Tony Award nomination in 1973 for her role as a woman caught in a love triangle in a Broadway revival of Eugene O'Neill's The Great God Brown.

When she went to Hollywood in the 1970s, Helmond had a hard time finding work.

"I couldn't even get a reading for a comedy," she told the Boston Globe in 1998. "They all thought I played classics, queens and things like that. Now the opposite is true, now that I've had three comedic parts in long-running sitcoms. The casting directors say, 'Well, she can't do serious parts.' "

In addition to television, Helmond appeared in several films, including Terry Gilliam's Time Bandits (1981), Brazil (1985) and Fear and Loathing in Las Vegas (1998). She continued to work onstage, including a one-person play about the life of actress Sarah Bernhardt. In later years, Helmond was the voice of Lizzie, a Model T in the 2006 animated feature Cars and in a 2011 sequel.

Her marriage to George N. Martin ended in divorce. Survivors include her husband of nearly 50 years, David Christian of Los Angeles.

During the years that Helmond and several friends ran a theater in a converted barn in upstate New York, she appeared in plays by Arthur Miller, Henrik Ibsen, George Bernard Shaw and Tennessee Williams. When they mounted a production of Shakespeare's Macbeth, she invited her grandmother from Texas.

"We had a bagpipe player and dogs barking and chickens onstage," Helmond recalled to the Globe. "My grandmother said, 'Why would you want to do a play like that?' I said, 'Grandma, it's one of the greatest plays in the English language,' and she said, 'That's no excuse, kid.' "