Karisma Kapoor, an ardent fan of Diego Maradona, revealed that she "had the honour of meeting this legend" 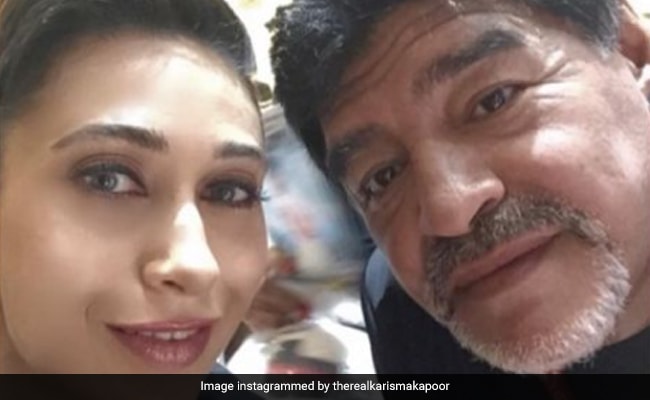 Football legend Diego Maradona's death on Wednesday sent fans across the world in a state of mourning. Tributes for the former Argentinian footballer flooded social media with Bollywood celebrities remembering Maradona with fond memories. While most celebs shared "rest in peace" messages in their ode to Maradona, Karisma Kapoor shared a few priceless throwback memories on Instagram from when she met the "legend". Karisma Kapoor, an ardent fan of Diego Maradona, revealed that she "had the honour of meeting this legend" and posted the football emoji. On Wednesday, Diego Maradona died after suffering a cardiac arrest.

Here's what Karisma Kapoor shared in her tribute: 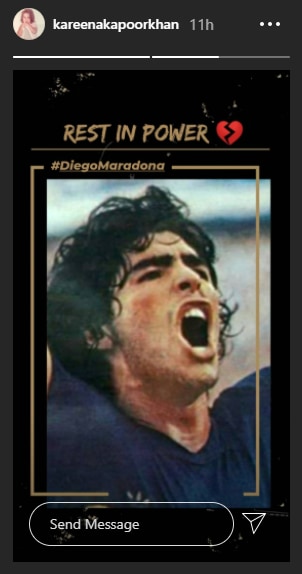 Tributes for Diego Maradona also poured in from the likes of Shah Rukh Khan, Priyanka Chopra, Ranveer Singh, Abhishek Bachchan, among others. "Diego Maradona....you made football even more beautiful. You will be sorely missed and may you entertain and enthral heaven as you did this world. RIP," Shah Rukh tweeted. From the world of sports, heart-touching odes for Diego Maradona arrived from the likes of David Bekham, Cristiano Ronaldo, Virat Kohli, Messi and Brazilian football legend Pele.

On Wednesday, just hours before Diego Maradona's death was announced, Argentine media reported that Maradona suffered a serious setback and was being treated at home. He was recently discharged from the hospital after undergoing a surgery for removing a blood clot in his brain. Diego Maradona was admitted to the hospital several times for serious health issues in the past two decades.