What Twitter is Saying About Salman Khan: 'Now, Self-Shooting Gun?' 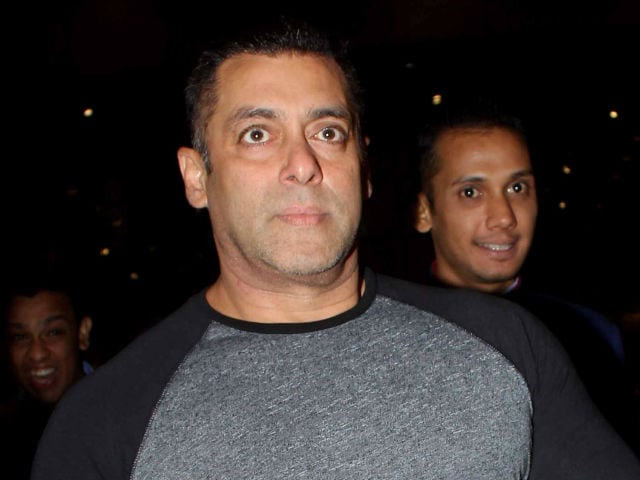 New Delhi: Actor Salman Khan has been acquitted of poaching endangered chinkara and blackbuck in two separate cases by the Rajasthan High Court, which overturned previous verdicts that sentenced the 50-year-old star to jail. There is no evidence that the protected animals found dead were killed by Mr Khan's licensed gun, ruled the Court on Monday.

The driver of the jeep that was used by Salman Khan and his co-stars for their alleged hunt has been missing, weakening the prosecution's case against the movie star.

Salman Khan was accused of shooting the deer while filming Hum Saath Saath Hain in Rajasthan in 1998. In 2006, he was sentenced to five years in prison and spent a week in jail before being released on bail.

Last year, the actor was acquitted in a 13-year-old hit-and-run case by the Bombay High Court, which overturned a lower court's verdict and prison sentence.

Pehle self driving car, now self shooting gun too ? #SalmanKhan#SalmanVerdict

Only thing more depressing than the #SalmanKhan acquittal is the thousands of ppl blindly supporting this abysmal ruling.

What the buck? I still don't understand how this criminal has such a huge fan following! #SalmanKhan

#SalmanKhan acquitted of killing black bucks.
No surprise.
In one case, witnesses were unwilling to speak.
In this - they didn't how to.

Of course Salman Khan didn't kill any blackbuck. All blackbucks have long been safely deposited in Swiss banks.

Bhai out for a walk #SalmanKhanRulesInternetpic.twitter.com/8ccG0mhbr2

Some weeks ago, Salman Khan caused widespread outrage when he compared himself to a 'raped woman' when asked about filming the wrestling scenes in his new movie Sultan. He has been summoned several times by the National Women's Commission and has failed to show up or apologise as demanded by the women's panel.

Sultan, which co-stars Anushka Sharma, released on Eid and is a blockbuster hit.