What Bothers Susan Sarandon: Models 'Have to Look Unhappy' on Ramp 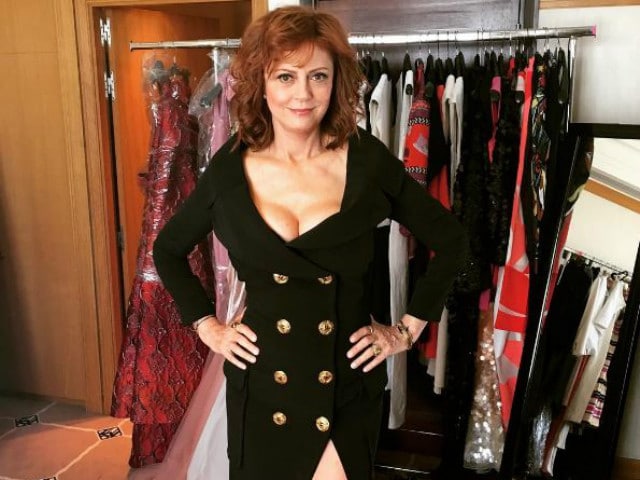 Los Angeles: Actress Susan Sarandon said that that she doesn't like the concept of models on the runway being asked to look like "they're p***ed off", reported femalefirst.com.

"The thing that bothers me is when I see runway shows with these young women who are wearing fabulous clothes that are gorgeous and they look so unhappy. When did that start? In fashion shows, everyone has to look so p***ed off," refinery29.com quoted the 69-year-old actress as saying.

Reminiscing the time when designer Todd Oldham had his shows, the Dead Man Walking actress said that his shows "used to be fun".

"I remember designer Todd Oldham shows used to be fun. I was somewhere where the models were standing around and everyone was going around them and I said, 'Why don't you let them have their cell phones, so at least they're doing something.' I don't know what's happened where that's an idea of beauty," she said.

Ms Sarandon has daughter Eva, 31, from a previous relationship with filmmaker Franco Amurri and sons Miles, 24, and Jack, 27, with her former partner Tim Robbins.