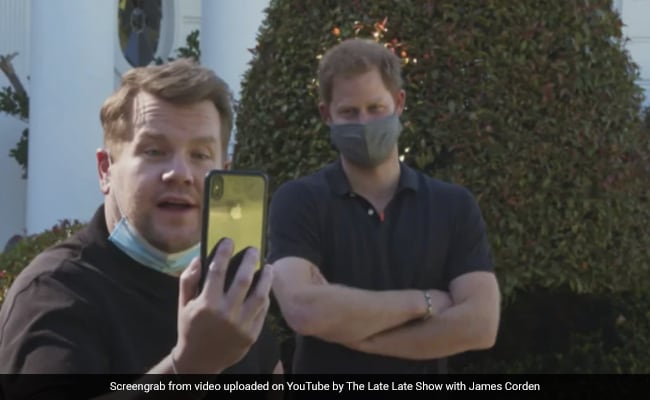 Meghan Markle adorably addressed Prince Harry as "Haz" in the video. "I didn't know you were called Haz," James Corden told Prince Harry, when he quipped: "Well, you are not my wife." Responding to his wife, Prince Harry said: "He's (James Corden) is the worst tour guide in LA."

Apart from sharing and spilling tea with James Corden, Prince Harry also spoke about Archie's first word, the Christmas gifts they received from the Queen for Christmas and his views on the depiction of the royal family on Netflix show The Crown. Oh, and the highlight was when Prince Harry rapped the title song from The Fresh Prince Of Bel-Air.