"I have two films in my hand. One is an action film and the other one is a proper comedy film," said Siddhant Chaturvedi 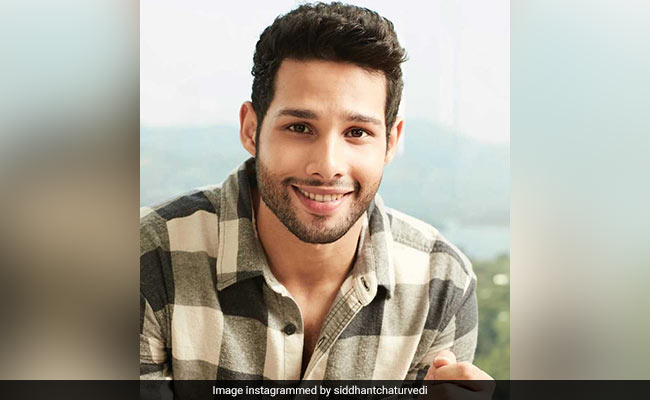 Siddhant Chaturvedi, who became an overnight sensation after his stellar debut in Gully Boy, will be next seen in an action and comedy films. Siddhant also said he is set to collaborate again with Excel Entertainment, who launched him in Gully Boy, for a film. "I have two films in my hand. One is an action film, (where I will be) trained in taekwondo. Another one is a proper comedy film," the actor told PTI.

"I am doing a film with Excel. But it is not my next film. The film with them is huge. It is a lead role," Siddhant added. Asked if any of the upcoming films is with Yash Raj Films, as reported, he refused to comment on it.

Speculations are rife about director Zoya Akhtar planning a prequel for Siddhant's character MC Sher. But the actor dismissed reports and said he would not like to cash in on the popularity of the role. "I would rather not touch it as it is too scary. I don't want to cash in on that character, I want to move on. If I had to repeat myself I would have done 9 am to 5pm job," he said.

"Zoya Akhtar is interested in making Gully Boy (sequel), maybe something on the Delhi chapter. There is a huge pop scene in Delhi as well so she may do a part two," he added. Siddhant said he wants to prove himself as lead and is carefully choosing scripts.

"I am not related to anyone in the film industry and I can't afford to miss the flight. I am an outsider, there is nepotism and other things also happen. I am taking time to read scripts. I happen to read at least three to four scripts a week.

"I want to prove myself in a lead role and that script has to be bang on, so I take time to choose the right one. I believe every film is your first film. I haven't done much, I am yet to prove myself," he said.