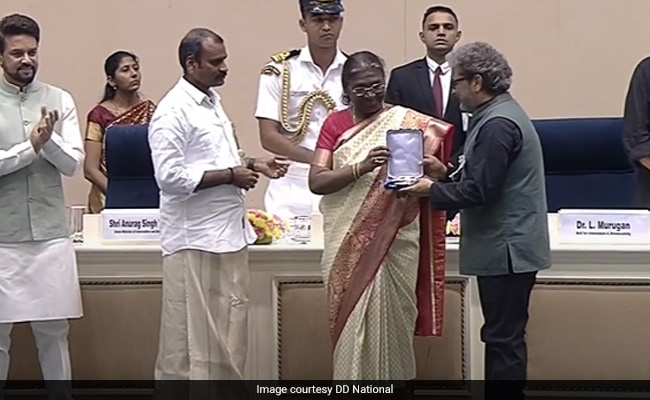 Music composer-filmmaker was awarded the National Award for Best Music Direction on Friday. President Draupadi Murmu presented the award to Vishal Bhardwaj for his song Marange Toh Vahin Jaa Kar in the documentary film 1232 KMs. 1232 KMs is a documentary based on the lives of migrant workers and the impact of lockdown on them. The film hit the OTT platform Disney + Hotstar on March 24, 2021.

To prevent the spread of the COVID-19 virus, India declared a nationwide lockdown in March 2020. Vinod Kapri was providing food and other necessities to seven migrant labourers from Ghaziabad at the time. However, after 3-4 days, they felt it was "embarrassing" to keep calling him. When their ration ran out, they chose to travel to their hamlet in Saharsa, which was 1232 kilometres from Ghaziabad. Seven of them had left by the 27th of April. Kapri then documented their journey and created a documentary.

He then received his next for the film The Blue Umbrella in 2005. He received the award for the Best Children's Film category.

He also has a National award for his films Omkara, Haider, and Talvar.