Viral: Video Of Bigg Boss 12 Winner Dipika Kakar Escorted Out In The Arms Of Husband Shoaib Ibrahim After Grand Finale

Here's the viral video from the sets of Bigg Boss 12 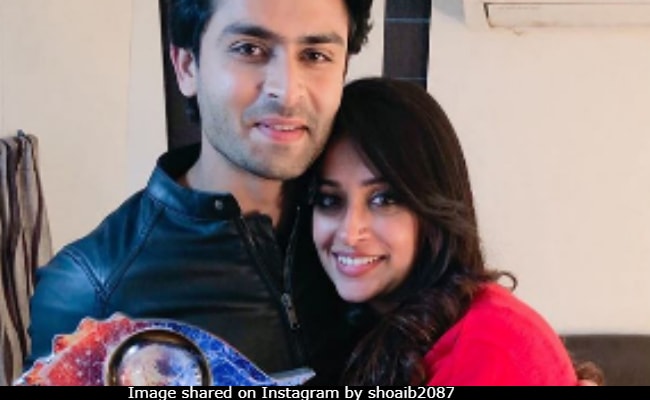 At the Bigg Boss 12 grand finale on Sunday night, Salman Khan announced TV star Dipika Kakar as the winner of the show! But that's not the only reason why the TV actress has been trending all of the Monday. A behind-the-scenes video, in which Dipika can be seen being escorted out of the sets in the arms of her husband Shoaib Ibrahim has sent the Internet into some sort of a meltdown. In the video, Dipika screams out loud after her big win and clutches the Bigg Boss 12 trophy close to her as Ibrahim carries her out in his arms. Dipika Kakar trumped Sreesanth to win the coveted trophy and Rs 30 lakh prize money last night.

Here's the viral video from the sets of Bigg Boss 12.

Soon after the big win, Dipika Kakar featured in a brief video posted on several fan clubs, in which she thanked her fans and the viewers for their immense support.

In another viral video, Dipika can be seen breaking down while celebrating her big win with her family members. She says staying away from her family for over three months made her realise how much she loves them.

Apart from Dipika Kakar and Sreesanth, the list of top five finalists also included Romil Chaudhary, Karanvir Bohra and Deepak Thakur. During a special twist on the grand finale, the top three finalists were given the chance to claim a portion of the prize money and leave the finale immediately. Deepak Thakur rang the buzzer and took home Rs 20 lakh.