Viral: Ranveer Singh And Srikkanth Dancing To Bijlee Bijlee Like No One's Watching At 83 Screening 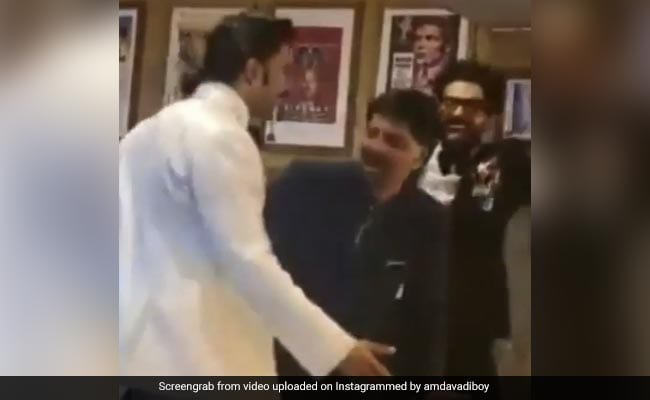 Ranveer Singh always makes people around him dance their heart out and that's exactly what happened at the grand screening of his new film 83. The actor and former Indian cricket team captain Krishnamachari Srikkanth, who is one of the heroes of the 1983 World Cup team, grooved to the beats of actor-singer Harrdy Sandhu's latest track Bijlee Bijlee like no one's watching and boy, did they set the stage on fire. Ranveer, dressed in a white three-piece suit, can be seen throwing his arms in the air while dancing with Krishnamachari Srikkanth, sporting a black outfit, and Harrdy Sandhu on what appears to be a raise platform as others record videos of them. In the Kabir Khan-directed film, the role of Krishnamachari Srikkanth is played by Jiiva. At 1983 World Cup finale against West Indies, Srikkanth changed the course of the game by scoring the highest - 38 runs off 57 balls.