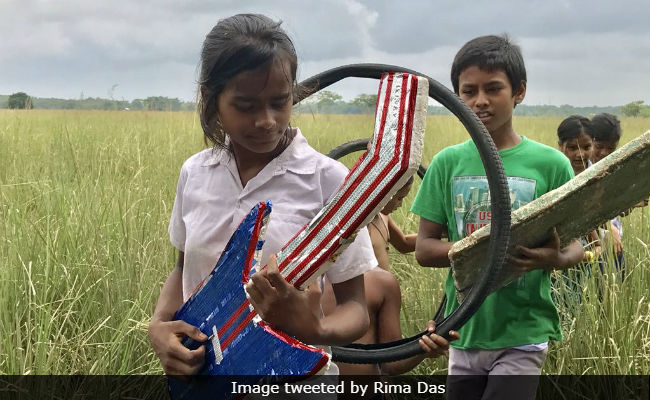 Filmmaker Rima Das' Village Rockstars, which is India's official entry for the 91st Academy Awards in the Best Foreign Language Film category, is inspired by a real life event, which Rima witnessed in her own village of Chhaygaon in Assam, reports news agency IANS. The film, starring Bhanita Das and Basanti Das, is re-releasing in India on Friday. Speaking to IANS, Rima Das revealed how and when she met the real 'Village Rockstars' several years ago. "When I was doing post-production of my first film Man with the Binoculars: Antardrishti, during that time, I met some amazing children from my village. I saw them performing in a local gathering with fake instruments. I was amazed and inspired to see them. They didn't have resources but still they were celebrating life, so I didn't want to lose an opportunity to make a film on those children."

Village Rockstars is the story of a group of children who live their lives to the fullest on minimal expenditure. "With Village Rockstars, I tried to present a universal human emotion and I am very happy that it has touched hearts of people all around the world," she told IANS. Rima Das revealed that it took her four year to make Village Rockstars. "I shot this film without any crew and cast of the film wasn't trained in acting, so the process to make this film was hard and challenging, but I think it is possible if you have belief in yourself."

Speaking about Village Rockstars being selected as India's entry for Oscars, Rima said: "It's a huge recognition for us. India is a huge country and there are so many films releasing every year and there are many films which compete with each other to get the official Oscar entry from the country."