Victor Banerjee's Dev Bhoomi: Land Of Gods To Be Screened At Serbian Embassy 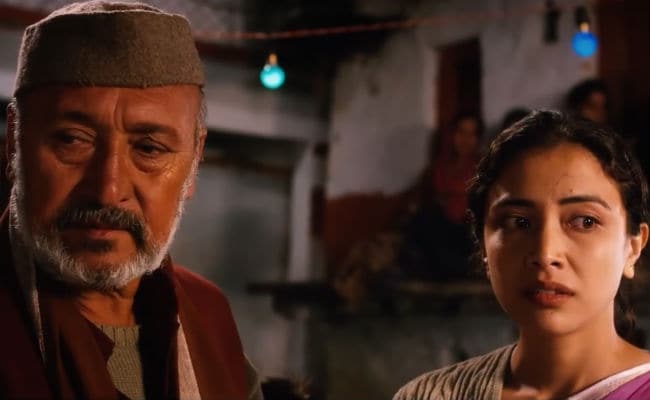 Mussoorie: Renowned Serbian director Goran Paskaljevic, who made Dev Bhoomi, with actor Victor Banerjee in the main lead, has wooed audiences all over the globe for showcasing the nascent hill-state of Uttarakhand. The internationally-acclaimed movie will now be screened by the Serbian Embassy to mark 70 years of their bond with India, in March next year. This will be followed by a screening of Dev Bhoomi at the Mountain Writers Festival in Mussoorie and the Kedar Camp Site in March 2018 as well. Actor Victor Banerjee states, "I cannot sleep easy till I have shown the film to the area and its people who made the film possible."

The Hindi/Garhwali/ English film shot exclusively in the picturesque locale of Garhwal, is set in a Himalayan village and deals with social issues such as gender inequalities and caste prejudices.

Promoted
Listen to the latest songs, only on JioSaavn.com
Professor D.R. Purohit, who worked closely with the film unit as a researcher and script consultant for over a year, and then through its shoot in Dewal, Tuni, Jaagdhaar, Suraeetota villages in Guptkashi region feels, "If only the state government had risen to the occasion and taken the film to showcase the 'real' beauty of the Garhwal Himalayas, it could have served as a flagship for the Department of Tourism whose in-house production leaves much to be desired."

In this expanding global village and in times of social media it is never too late to make amends, and one hopes that Dev Bhoomi does put Uttarakhand on the map for national as well as international shoots too.