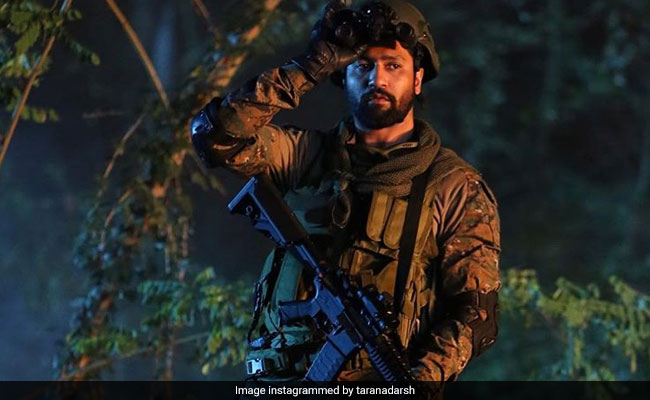 Vicky Kaushal in a still from Uri: The Surgical Strike. (Image courtesy: Instagram)

Actor Vicky Kaushal was initially reluctant about the now viral dialogue "How's the josh?" from blockbuster film Uri: The Surgical Strike, director Aditya Dhar revealed at a recent event, reports news agency IANS. In the film, based on the surgical strikes carried out by the Indian army in the aftermath of the 2016 Uri attack, Vicky plays the role of an army officer tasked with training his colleagues for the surgical strikes and leading the operation. On more than one occasions, Vicky's character asks his battalion, "How's the josh?" to which they reply: "High, sir." Aditya Dhar recounted that when they filming the scene for the first time, Vicky Kaushal had inhibitions. "Vicky came up to me and asked me to change the line because somewhere he thought the 'feel' wasn't coming through. I tried explaining that to motivate their team, army commanders use such lines as pep talk and we should give it a try," IANS quoted Aditya as saying.

"I still remember when Vicky said that line for the first time, 30 members of our team had goosebumps on hearing it," he added.

#Uri emerges as 10th highest grossing Hindi film ever! Thank You for all the love and congratulations Team!

Aditya Dhar also revealed that the origin of this Uri punchline lie in his childhood. "I used to visit the army club in Delhi along with my friends when I was a little boy. There used to be a former army officer, who would ask all of us children to stand in a queue and ask us 'How's the josh?' The game was, one by one, all children have to reply, 'High, sir'. Whoever would say it the loudest and the best, would get a chocolate. Most of the time I used to win the chocolate," Aditya said, reported IANS.

Uri: The Surgical Strike made on a budget of reportedly Rs 45 crore ended up collecting over Rs 200 crore in India. Uri's box office success story is unparalleled.