Arati Das was suffering from kidney ailment for quite some time 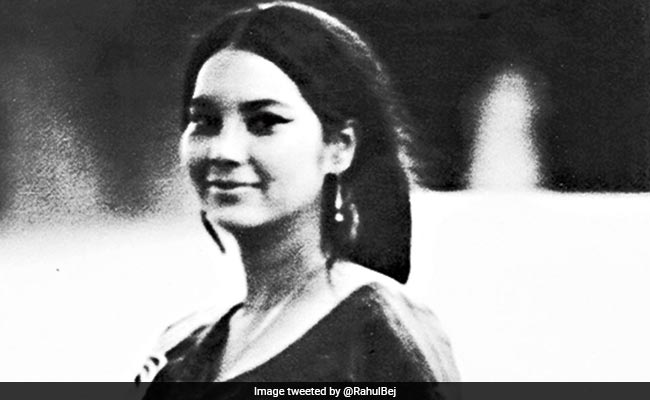 Arati Das died at 6 am on Thursday. (Image courtesy: RahulBej )

Veteran dancer and actress Arati Das, popularly known as 'Miss Shefali',' died of cardiac arrest at her Sodepur residence in West Bengal's North 24 Parganas district on Thursday, family sources said, reported news agency PTI. She was 76. Arati Das, also known as the 'Queen of Cabaret,' was a sensation in the 60s and 70s for her superlative dancing skills and oomph. "Pisi (aunt) died at 6 am on Thursday. She complained of chest pain and uneasiness and doctor declared that she died of cardiac arrest," Elvin Shefali, niece of Arati Das told PTI. Arati, who had worked with legendary film director Satyajit Ray in classics like Pratidwandi and Seemabaddha, was suffering from kidney ailment for quite some time, the sources said, reported PTI.

Arati Das had made her film debut in Chowringhee. Besides, films, she also acted in several stage plays. Her famous plays include Samrat O Sundari, Saheb Bibi Golam and Ashlil.

Her autobiography Sandhya Rater Shefali was published recently. West Bengal Chief Minister Mamata Banerjee expressed her grief over the demise of Arati Das. She extended her condolences to the dancer's family members and relatives. "Saddened at the passing away of actress Arati Das, famous under her screen name, Miss Shefali. She appeared in two of Satyajit Ray's films, Pratidwandi and Seemabaddha. Condolences to her family and her admirers," the chief minister tweeted.