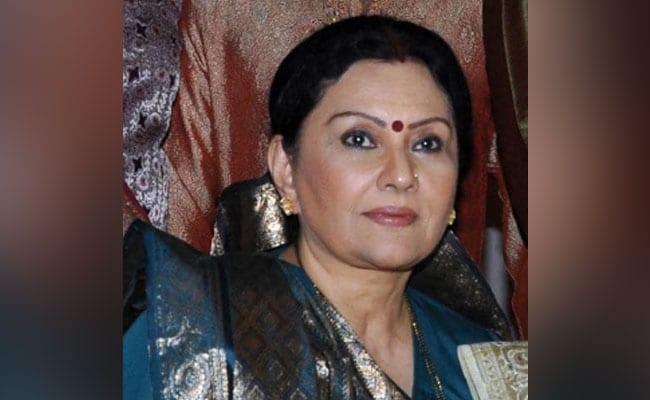 A file photograph of Vidya Sinha.

Veteran Bollywood actress Vidya Sinha died in a Mumbai hospital on Thursday, reports news agency IANS. She died at the age of 71. The actress' family said that she died around 1 pm after suffering from a brief lung-cum-heart ailment .Vidya Sinha was best-known for featuring in Basu Chatterjee's 1974 film Rajnigandha, co-starring Amol Palekar.

According to news agency IANS, Ms Sinha was admitted to a Mumbai hospital on Sunday after she suffered from severe breathing problems. Ms Sinha was put on a ventilator but failed to recover and died around 1 pm, reported IANS.

Vidya Sinha stepped into the Indian entertainment industry at the age if 18. She began her career as a model. The actress was best-known for her performances in Chhoti Si Baat, Pati Patni Aur Woh.  Vidya Sinha made her Bollywood debut with the 1974 film Raja Kaka opposite Kiran Kumar. However, her breakthrough film was Rajnigandha.

Other than films, Ms Sinha also featured in several television shows. She was a part of TV shows such as Kulfi Kumar Bajewala, Qubool Hai and Ekta Kapoor's Kavyanjali among others.

After the 1986 film Jeeva, Ms Sinha took a brief break from films. She returned to the silver screen in 2011 with Salman Khan's Bodyguard. Vidya Sinha is survived by her daughter Jhanvi.