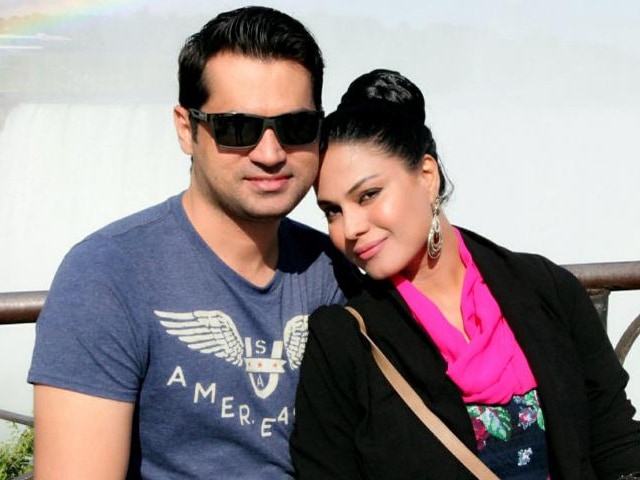 This image was posted on Twitter by Veena Malik Khan

Reacting to a court's decision of sentencing her to 26 years in prison for blasphemy, Pakistani actor Veena Malik said she has done nothing wrong and will appeal against the verdict in higher courts.

"I am shocked to hear about the decision. This is probably the fastest court trial because it started two months ago when I was in the US. I wasn't even present in the court when it gave the decision. But higher courts are available in Pakistan and I have full faith in higher courts. I am going to fight my case," Ms Malik told NDTV.

The court in Gilgit-Baltistan region yesterday sentenced Ms Malik, 30, along with the owner of the country's biggest media group Geo TV to 26 years in prison for broadcasting a show it said was blasphemous. (Also Read: Pakistani Court Awards Jail to Veena Malik, Husband And Media Group Owner)

In the show broadcast live on Geo TV in May, Ms Malik danced with her husband while a group of Sufi musicians sang a devotional song about the wedding of the Prophet Muhammad's daughter. The court termed the act as "malicious".

"The malicious acts of the proclaimed offenders ignited the sentiments of all the Muslims of the country and hurt the feelings, which cannot be taken lightly and there is need to strictly curb such tendency," the order said.

The four people convicted were also ordered to pay a fine of Rs 1.3 million, sell their properties and surrender their passports, according to a copy of the court order.

But the order is unlikely to be implemented because verdicts by courts in the region do not apply to the rest of the country, Gulf News reported.

"The court which has delivered the verdict is not even under Pakistan Constitution. That Qawwali is played during weddings, it was not for the first time that it was played. My husband and I feel we presented ourselves in a respectable manner. The host of the programme has already apologised. We haven't done anything wrong," Ms Malik said.

The broadcast of the programme had set off a storm of controversy on social media, though similar routines by other channels in the past have largely gone unnoticed.

Many observers at the time suspected Pakistan's military establishment of engineering the blasphemy campaign against Geo TV.

The channel was then caught up in a struggle with the all-powerful military.

The blasphemy case was registered on May 26 in a police station in Gilgit by a hardline Sunni cleric Himayatullah Khan, deputy chief of the anti-shia organisation Ahl-e-Sunnat Wal Jamaat (ASWJ) formerly known as Sipah-e-Sahaba.