Varun Dhawan, Who Once Chanted 'Nepotism Rocks,' Now Says 'It's Not Good'

"More people from outside the industry should be given a chance," said Varun Dhawan 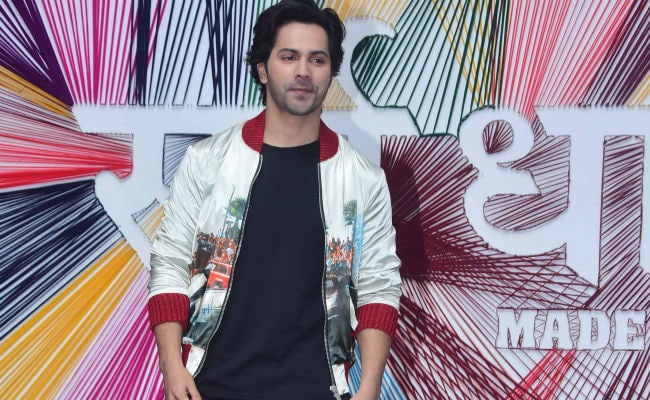 Varun Dhawan at an event in Mumbai.

Varun Dhawan, son of filmmaker David Dhawan, appears to have taken a U-turn from his last year's 'nepotism rocks' stance. In a recent interview with GQ, Varun was quoted as saying: "Nepotism exists, It's a part of our industry. It's not good. More people from outside the industry should be given a chance. And why not? My father came in that way." Varun Dhawan has talked about nepotism in his previous interviews too and he was also a part of the infamous IIFA gig, in which he along with Karan Johar and Saif Ali Khan chanted "nepotism rocks" in unison. Varun later apologised for the gig, which was seen as an attack on actress Kangana Ranaut, who called KJo the "flag bearer of nepotism."

After severe backlash, Varun Dhawan tweeted: "I express my apology and regret. I am extremely sorry if I have offended or hurt anyone with that act."

In the present day, Varun Dhawan, who appears to have learnt that nepotism doesn't rock after all, talked about his father's struggle to make it big in the industry. Speaking to GQ, Varun talked about how his father didn't have any connections in Bollywood and said: "It's easy for people to make assumptions, but uska baap star bana kaise? When I was born, my family lived in a 1BHK at Carter Road. My father's first car was a taxi, a secondhand ambassador that he painted into a normal car. His achievements are tremendous, (as are) the sacrifices he's made to put the family on the map. He's my star, my hero, my superhero."

Over a period of time, several Bollywood celebrities have addressed the subject of nepotism in the film industry. Star kids such as Alia Bhatt and Janhvi Kapoor have talked about how despite getting an easy start they have to prove themselves in the industry. On the other hand, actors from non-filmy families, such as Taapsee Pannu have spoken about how not being "so-and-so's daughter" cost her films. Also, Priyanka Chopra said that she struggled less, as opposed to a complete outsider, when she entered Bollywood because she won the Miss World title. However, she too was thrown out films because other actors with connections were recommended.