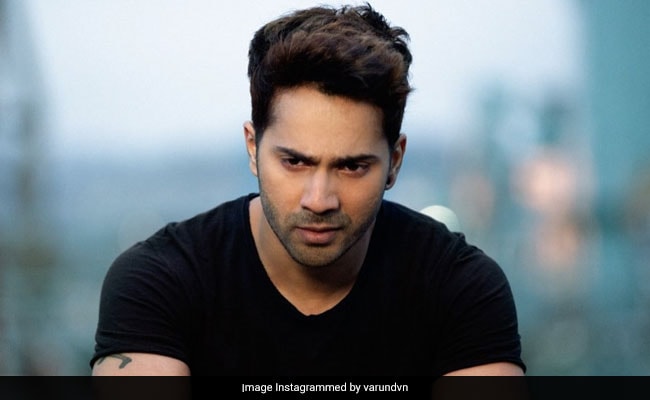 Varun Dhawan, in a tweet on Wednesday, dismissed a report that his father David Dhawan is working on a remake of Amitabh Bachchan's Namak Halaal. The report, published by entertainment website Box Office Worldwide, stated that the supposed remake was to star Varun Dhawan. Sharing Box Office Worldwide's tweet, Varun Dhawan called out the website and wrote: "Guys, you can write how many ever make-believe stories about me but don't make up things about my dad." Varun slammed the article with these words: "This is a completely fabricated story." Referring to his upcoming movie Coolie No 1, Varun wrote: "Will see you on Christmas to make you laugh." Both the Box Office Worldwide story and tweet appear to have been taken down.

Guys u can write how many ever make belief stories about me but don't make up things about my dad. This is a completely fabricated story will see u christmas 🎄 to make u laugh. https://t.co/8u1FBd2DMr

Earlier this month, Varun Dhawan shared a similar tweet, calling out Bollywood Hungama and clarifying all is good between he and his father. "Maybe until I don't give you an interview you shouldn't write on my behalf sir," tweeted Varun for an article titled "Split wide open."

Maybe until I don't give you an interview you shouldn't write on my behalf sir 🙏 https://t.co/vJYLdyge83

Within days of this tweet, the makers announced that the much delayed Coolie No 1 has zeroed in on Christmas as the release date and Amazon Prime Video as the platform. Coolie No 1 is among the nine films that are slated to release on the OTT platform this year.

Varun Dhawan co-stars with Sara Ali Khan in Coolie No 1, which is David Dhawan's remake of his 1995 movie. While Varun portrays the role originally played by Govinda, Sara has stepped into the shoes of Karisma Kapoor.