Uri: The Surgical Strike Preview: Vicky Kaushal Is Back With An Intense Performance

Uri: The Surgical Strike is based on the surgical strikes carried out by the Indian army in 2016 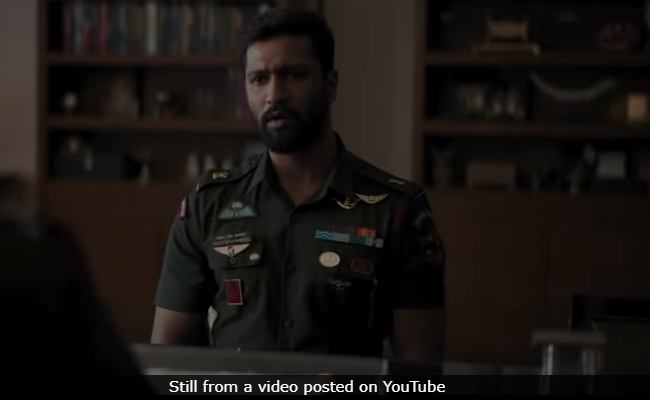 Vicky Kaushal is all set to enthrall the audiences with his filmUri: The Surgical Strike, which opens in theaters tomorrow. The high-octane action film directed by Aditya Dhar, is based on surgical strikes which were carried out by the Indian army in 2016. Besides Vicky Kaushal, the film also features Yami Gautam, Paresh Rawal, Kirti Kulhari and debutante Mohit Raina. The film has been directed by Aditya Dhar and it has been produced by Ronnie Screwvala. Uri: The Surgical Strike will clash with Anupam Kher's The Accidental Prime Minister at the box office.

The trailer of Uri: The Surgical Strike released in December. Minutes after the trailer was released on social media, it went insanely viral and it has received over 3,155,565 views on YouTube as of now.

Check out the trailer of the film here:

Speaking of his character, Vicky Kaushal, who plays the role of an Indian army official in the film, in an interview with news agency PTI last month, said that this film will be something "new for the audience." "I learnt a lot when I read the script. I was very excited to tell the story. There is always an adrenaline rush to play a character like this. I was all charged up to do it right. We have seen films on war and military earlier, but this film will be new for the audience," said Vicky Kaushal.

During an interview with news agency PTI, earlier this month, film's director Aditya Dhar clarified that "there is nothing anti-Pakistan" in the film and said: "The film is about how Indian Army fought terrorism. Our focus in the film is about how to fight against terrorism. There is nothing anti-Pakistan. We are not fighting against any individual or country; we are fighting against the cross-border terrorism that is happening. We have shown a balanced perspective."