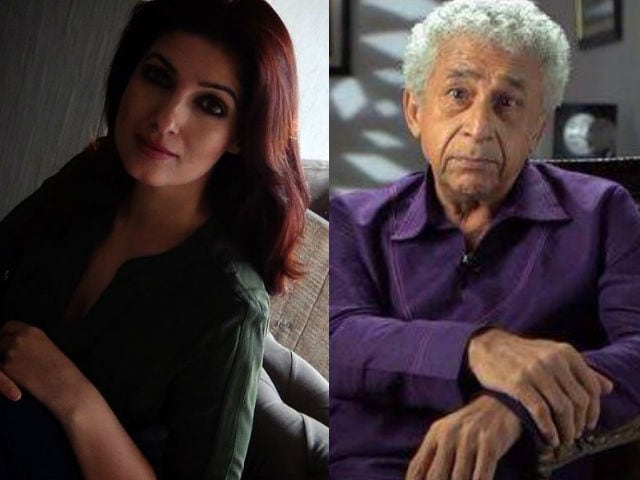 Mr Shah, in an interview to Hindustan Times said that late actor Rajesh Khanna introduced mediocrity in Hindi films. "It was the 70's when mediocrity came in Hindi films. That's when the actor called Rajesh Khanna joined the industry. For all his success, I think Mr Khanna was a very limited actor. In fact, he was a poor actor. Intellectually, he wasn't the most alert person I have ever met. His taste ruled the industry."

On Saturday Ms Khanna, who has acted in film like Mela and Baadshah, tweeted:

Sir if u can't respect the living ,respect the dead-mediocrity is attacking a man who can't respond @NaseerudinShahhttps://t.co/4EdyWmwiNj

Rajesh Khanna, the actor for whom the term 'superstar' was coined, died of cancer in July 2012. He was the star of films like Aradhana, Kati Patang and Safar. Twinkle Khanna, an author married to actor Akshay Kumar, is the elder of Rajesh Khanna's two daughters with actress Dimple Kapadia.