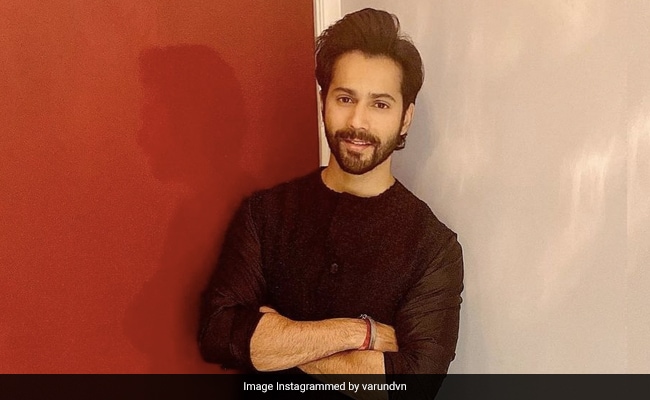 Actor Varun Dhawan recently found himself at the receiving end of social media outrage when he tweeted a fan-made poster of himself, which he later deleted. The 33-year-old actor, on Tuesday night, shared a graphic of himself, created by a fan to celebrate his birthday week. On Twitter, Varun Dhawan posted it with the words: "Be safe guys," along with the praying emoji. The poster, which was a collage of Varun's onscreen characters, also had the words: "Happy birthday" written on it. Varun's tweet was criticised as insensitive and for appearing to be tone-deaf at a time when the country is fighting the second wave of the pandemic and social media is flooded with requests for procuring medical facilities to battle COVID-19. 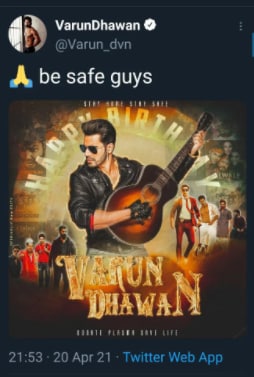 Reacting to Varun's tweet, which is now deleted, one user wrote: "I don't think I've ever seen a tweet with so much cluelessness," while another added: "Twitter please allow me to delete this tweet for him."

I've been here on this hellsite for well over a decade now, but I don't think I've ever seen a tweet with soooo much cluelessness to unpack 😂 https://t.co/9M3FnG8XxH

twtr pls allow me to delete this twt for him https://t.co/dEnRq4WklZ

On Wednesday morning, Varun posted a clarification, saying he shared the poster only as a sign of gratitude to the fan who made it. However, he's realised that the timing wasn't right: "Well it was to make someone happy who made the graphic and requested it but I guess this medium shouldn't be used for that right now," he wrote.

Well it was to make someone happy who made the graphic and requested it but I guess this medium Shouldn't be used for that right now. https://t.co/STQ4DIAcZU

In terms of work, Varun Dhawan recently wrapped the shooting schedule of his upcoming movie Bhediya in Arunachal Pradesh. He co-stars with Kriti Sanon in the movie. He will also be seen in Jug Jugg Jeeyo, in which he co-stars with Anil Kapoor, Neetu Kapoor and Kiara Advani.