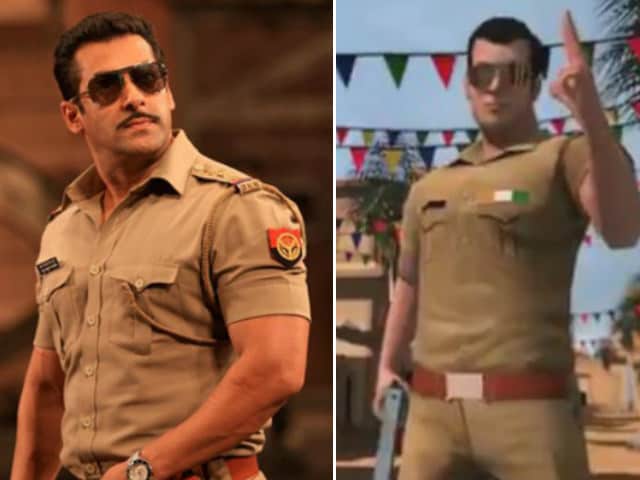 A still from Dabangg (L) and a still from the teaser video shared on Twitter. (R)

Mumbai: Salman Khan's Being SalMan: The Official Game is now out for bhaijaan fans. Salman announced the launch of the game and introduced it with a 45-second video, on Twitter on Sunday. "Khelo," the 50-year-old actor captioned the video.

The video gives a glimpse of the special effects and the look of the game. The Dabangg star has also introduced three versions of himself as characters in the game.

"Let me introduce you to my action game. Legend has it that on this planet, all have seven lookalikes. We are not too sure about seven, but we found three. Their lives are very different, but their life's objective is exactly the same," he narrated in the video.

"Come let's meet Chulbul Pandey (first character). His aim is to knockout injustice from the world. Tiger (second character), his objective is to eliminate terrorism, once and for all. Prem (third character), whose aim is to wash away all dirt," Salman says in the video.

Promoted
Listen to the latest songs, only on JioSaavn.com
All three are inspired by Salman's on screen roles. The game is available for both Android and iOS users.