Trending: Vidya Balan, Is That Your New Look? Instagram Loves It

"You're going to be in your skin until you die.. That's a while... So you might as well get comfortable in it," Instagrammed Vidya 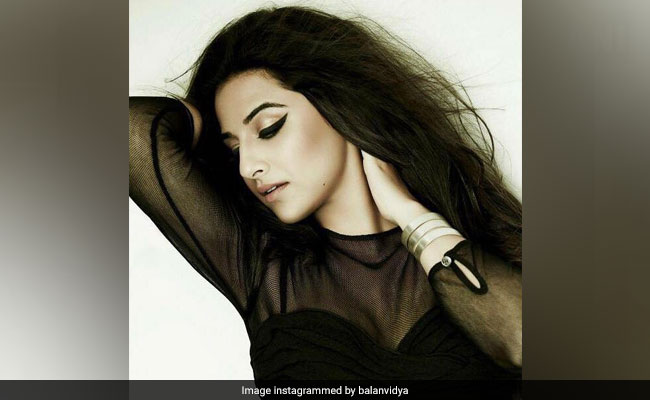 New Delhi: Actress Vidya Balan has a strong message (sort of a suggestion) for all people out there. On Friday, Vidya posted a stunning picture of herself, which she described as 'Be your own diva' and fans are wondering if this is Vidya's new look. "You're going to be in your skin until you die.. That's a while... So you might as well get comfortable in it," Instagrammed Vidya Balan. Well, we've already thanked Vidya for such an inspiring thought, you can do too. Vidya's photo (or her new look) as well as her caption is so empowering that netizens could not but notice it even on a lazy Friday afternoon.

In less than an hour, Vidya's photo has received 29,026 'likes.' Some of the users have showered compliments like 'stunning,' 'WOW' and 'pretty' on Vidya's picture while the others are interested to know about her upcoming projects and are wondering if this is her new look. "My gosh. Is this Vidya Balan? Whole new look," wrote one user while the others commented "Awesome caption .... thought of the day and thereafter indeed and 'Beautifully said and you showed it how."

You're going to be in your skin until you die.. That's a while... So you might as well get comfortable in it!! #FashionFridays #BeYourOwnDiva

Vidya Balan, who has always been candid about her thoughts, recently gave an inspiring interview to news agency IANS. The 39-year-old actress' message for everyone was 'sex is a feeling, not a taboo.' "It feels funny how inspite of being the most populated country in the world, we still don't talk about sex openly. The idea of sex is looked down by people because Indian culture wants us to be sexual only in the institution of marriage, for purposes of procreation. But the whole feeling, the joy of intimacy, pleasure and fun is missing," Vidya told IANS.

Vidya Balan made her acting debut with TV show Hum Paanch. She is best known for her films like Parineeta, Paa, Kahaani and The Dirty Picture, for which she also won the National Film Award for Best Actress.

Promoted
Listen to the latest songs, only on JioSaavn.com
Vidya was last seen in Tumhari Sulu, in which she featured as a middle-aged housemaker Sulochana aka Sulu. The film was a blockbuster and Vidya's performance was highly appreciated. Vidya Balan will now be busy with her new project, the rights of which she just acquired. Vidya recently got the rights for Sagarika Ghose's book titled Indira - India's Most Powerful Prime Minister and is thrilled about portraying the former prime minister.