Rani Mukerji was last seen in the 2018 film Hichki 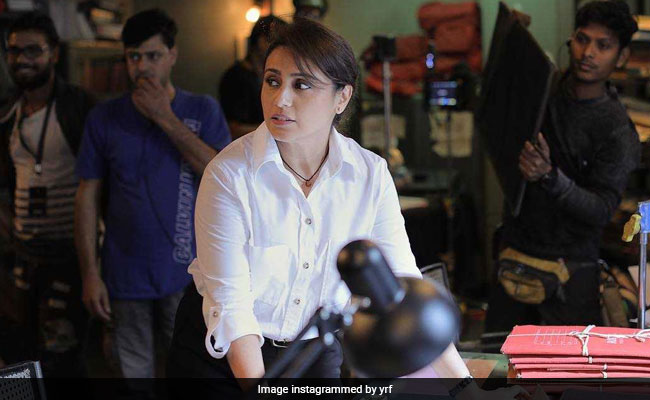 Rani Mukerji on the sets of Mardaani 2. (Image courtesy: yrf)

Rani Mukerji occupied a spot on the list of trends all of Wednesday, after pictures of the actress from the sets of Mardaani 2 were shared on social media. Pictures of Rani were shared on the official Instagram account of Yash Raj Films and they went viral within a few hours. In the photograph, the 41-year-old actress can be seen dressed in a crisp white shirt and a pair of black trousers and she looks fierce. "Rani Mukerji starts shooting for Mardaani 2. #shootbegins #mardaani #newrelease #yrf," read the caption on the post.

Mardaani 2 is the second installment of the 2014 crime-thriller Mardaani. Unlike its first part, which was directed by Pradeep Sarkar, the second installment of the series will be directed by Gopi Puthran. However, Mardaani 2 will also be produced by Rani Mukerji's husband Aditya Chopra. In Mardaani, Rani played the role of Shivani Shivaji Roy, a righteous police officer who destroys a human trafficking racket in the search of a young girl.

Rani Mukerji announced her association with the crime-thriller by releasing a special statement in December last year. The Hichki actress described the film's script as "extraordinary" and wrote: "Mardaani is and will always be extremely close to my heart... Gopi has written an extraordinary script that we all love and I can't wait to start shooting this film soon."

On the work front, Rani Mukerji's last big release was Hichki, which performed well at the box office and it even premiered at the Shanghai International Film Festival in June, 2018.