Other than Olivia Morris, the cast of Rajamouli's RRR also includes international actors such as Ray Stevenson and Alison Doody 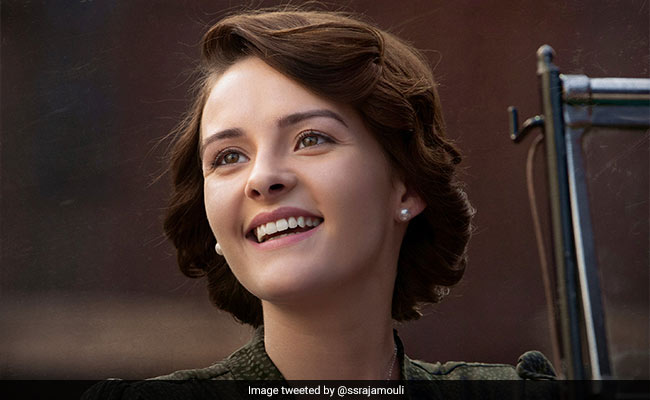 October 13 seems like a long wait for RRR but till then, director SS Rajamouli is introducing the film's characters, one poster at a time. The cast of Rajamouli's RRR includes international actors such as Olivia Morris, Ray Stevenson and Alison Doody, who feature in pivotal roles. On Olivia Morris' birthday on Friday, the film's team released the British actress' first look poster and sent the Internet into a tizzy. "Presenting Olivia Morris as Jennifer," Rajamouli wrote in his tweet while "Happy Birthday, dear," tweeted Jr NTR. RRR unities the two superstars - Jr NTR and Ram Charan - on screen. Olivia Morris has been cast opposite Jr NTR in RRR.

In the first look poster, Olivia Morris features a simple look in neatly styled hair and what appears to be a dress - her ear-to-ear smile lights up the entire screen. Here, take a look:

SS Rajamouli is making RRR based on the fictional story of two revolutionaries from pre-independence era, set in 1920. RRR is special on various levels - other than casting the two superstars together, this film also stars Bollywood actors Alia Bhatt and Ajay Devgn. Alia has been roped in to play the role of Sita, Ram Charan's love interest. Ram Charan has been cast as revolutionary Alluri Sitarama Raju while Jr NTR features as revolutionary tribal leader Komaram Bheem, who falls in love with Olivia Morris' Jennifer. Ajay Devgn will reportedly play onscreen mentor to Ram Charan and Jr NTR's characters.

Here are glimpses of Ram Charan as Ramaraju and Jr NTR as Bheem:

After months of lockdown, Rajamouli resumed the shooting schedule of RRR in November. The film was initially supposed to hit screens in January this year but was postponed because of the pandemic. RRR is all set to hit screens on October 13, 2021.