"I have no idea why I'm posing like that in this picture," wrote Ileana while sharing a picture from the sets of Main Tera Hero 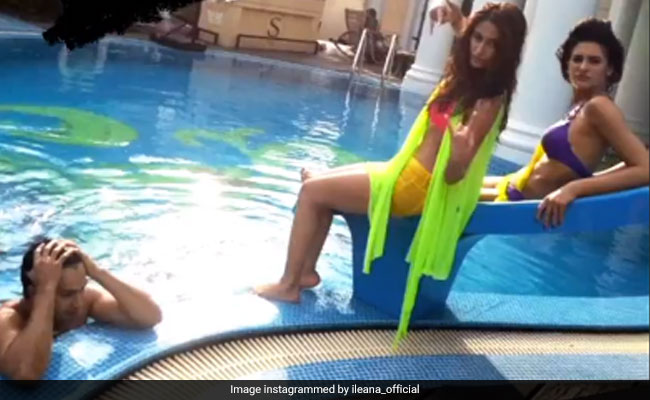 Happy birthday, Nargis Fakhri! The actress turned 41 on Wednesday and on her special day, her Main Tera Hero co-stars Ileana D'Cruz and Varun Dhawan shared epic pictures from the sets of their film to wish the birthday girl. Nargis, Ileana and Varun's romance-action released in 2014. Sharing a photo on her Instagram story, in which the trio's expressions will leave you in splits, Ileana wrote this message for Nargis: "Happy birthday. Also, I have no idea why I'm posing like that in this picture and why you look so exasperated, Varun. But your expression is priceless, Nargis." In a separate Instagram story, Ileana posted a stunning picture of herself and Nargis Fakhri and wrote: "Happy birthday to this insanely tall, beautiful human. Here's hoping I see your goofy self soon."

The caption on Varun Dhawan's ROFL post, featuring him sitting on Nargis's lap at an outdoor location, read: "Happy birthday to this beautiful, funny good-hearted soul, Nargis. I could only find pictures where I'm sitting on your lap for some reason." 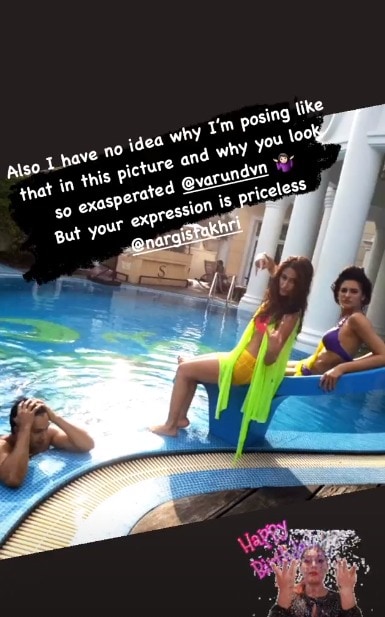 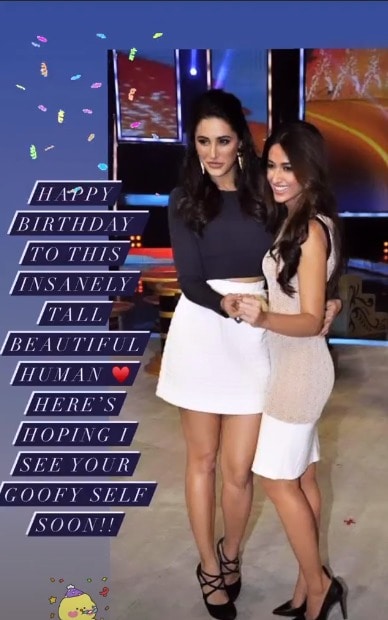 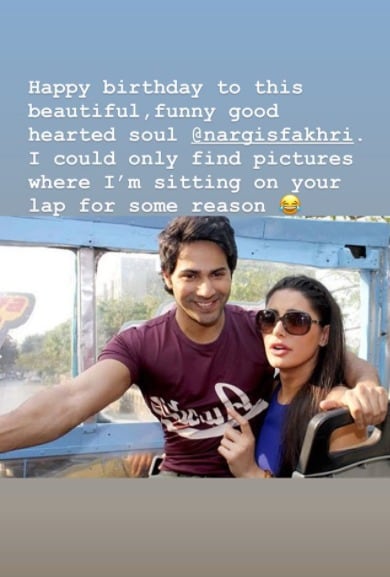 Talking about birthday girl Nargis Fakhri, the actress is known for her performance in Imtiaz Ali's 2011 hit Rockstar. After Rockstar, Nargis featured in films like Madras Cafe, Main Tera Hero and Banjo, Azhar, Housefull 3 and Dishoom.