Travis Barker's daughter Alabama has asked fans to pray for him after the hospitalisation. The details about his condition have not been revealed yet. 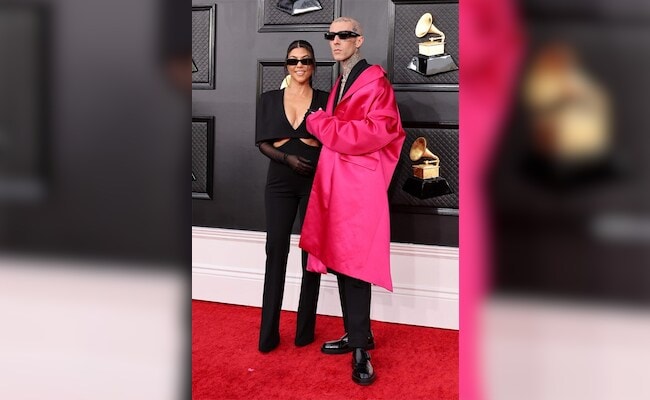 Travis Barker and Kourtney Kardashian got married in May. (File Photo)

Drummer Travis Barker was rushed to the hospital in Los Angeles on Tuesday, TMZ reported. The details about his condition or what led to his hospitalisation have not been revealed yet.

Photos circulating on social media show the Blink 182 drummer lying on a stretcher outside the Cedars-Sinai Medical Centre with wife Kourtney Kardashian following him.

Mr Barker's last tweet before hospitalisation is also going viral in which he said "God save me." However, some users pointed out that it could be related to his upcoming song with Machine Gun Kelly since it has been titled the same.

No statement has been released by Mr Barker or his wife's teams.

Mr Barker's daughter Alabama, meanwhile, has asked fans to pray for him. "Please send your prayers," the 16-year-old posted on her Instagram Story minutes after news of the musician's hospitalisation broke.

She quickly deleted the story, but her followers took screenshots and posted those on social media.

The health scare comes just a month after the two got married in Portofino, Italy, surrounded by their closest friends and family members.

For the intimate occasion, the bride sported a stunning Dolce & Gabbana mini dress with a massive cathedral veil. She completed the look with a glam makeup and a fresh baby pink manicure.

Barker looked handsome in his custom black suit, which he had teased via his Instagram stories ahead of the ceremony.

Kourtney Kardashian and Travis Barker got engaged in October 2021. Then, in April, the two had a practice wedding at One Love Wedding Chapel in Las Vegas. The wedding was not legally binding and it took place after the couple attended the 2022 Grammy Awards.

Kourtney Kardashian was in a relationship with Scott Disick. The two have three kids. Travis Barker was earlier married to actress Melissa Kennedy. He also has two children with model Shanna Moakler.