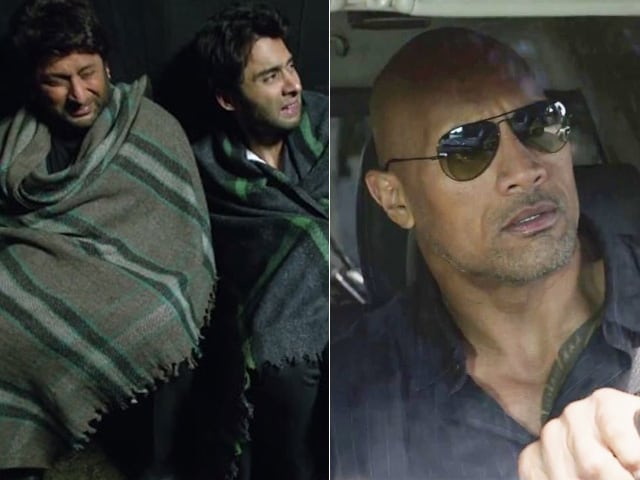 A still from Welcome 2 Karachi (left) and San Andreas.

The Ashish R Mohan-directed film is loosely based on Hollywood film Dumb and Dumber and follows the story of its two dimwitted protagonists who somehow reach Karachi. What follows next forms the film's plot.

Also on Bollywood's platter is Evelyn Sharma and Mahaakshay Chakraborty's tale of love and sacrifice Ishqedarriyaan. Along with this, Chor Bazari and the short film anthology Char Cutting will also hit the screens today.