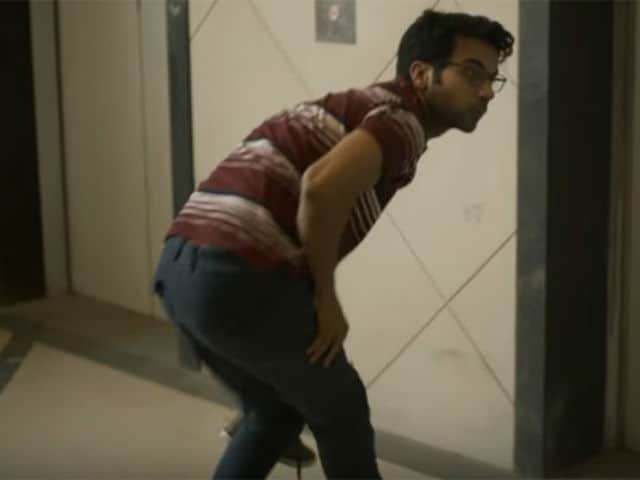 Rajkummar Rao in a still from Trapped

New Delhi: Rajkummar Rao's Trapped, directed by Vikramaditya Motwane releases today. In the survival thriller, Rajkummar Rao's character is shut in a high-rise apartment in Mumbai without food, water and electricity. It was shot in less than a month in Mumbai in 2016. The film made a world premiere at the Mumbai Film Festival in October 26 last year, where it received a standing ovation. The CityLights actor underwent massive physical transformation for his role as Shaurya in the film. During the trailer launch of Trapped, Rajkummar revealed that he survived on coffee and carrots for 20 days for the role. He told news agency PTI, "It was physically and mentally exhausting for me to live in that space for almost 18-20 days, to eat nothing. Trust me, it's scary to hell. If you don't eat for two days you feel so frustrated, angry on everything." The film also stars Geetanjali Thapa.


Rajkummar Rao, who made his Bollywood debut in the 2010 anthology Love Sex Aur Dhokha, is the star of films such as Aligarh and QueenHe won the National Award for Best Actor for his performance in 2013's Shahid.

Trapped, which opens today has no interval. Director Vikramaditya Motwane told news agency IANS that they scrapped the interval time so that the audience can feel the character's emotion, who is trapped in an apartment without basic supplies for a few weeks. Vikramaditya Motwane is the director of films like Udaan and Lootera.

After Trapped, Rajkummar Rao will be seen in Newton, Bareilly Ki Barfi and Ittefaq.

Promoted
Listen to the latest songs, only on JioSaavn.com
Meanwhile, Abbas-Mustan's Machine also releases today. The film stars Mustafa Burmawala and Kiara Advani in the lead roles. Akshay Kumar and Raveena Tandon's hit song Tu Cheez Badi Hai Mast Mast from the 1994 film Mohra has been remixed for the film.

Hollywood has Emma Watson's much-awaited Beauty And The Beast on offer. Ms Watson reportedly passed up the starring role in the much-awarded La La Land for Beauty and the Beast which also features actor Luke Evans as the anti-hero Gaston, who is smitten by himself. An ensemble cast comprising Sir Ian McKellen, Ewan McGregor, Emma Thompson and Stanley Tucci have voiced the inanimate objects that come to life in the Beast's castle.