To Gauri Khan, "Strongest Woman This Past Week," From Friends Farah Khan And Sussanne Khan

Gauri Khan's friends have rallied around her on social media to wish her a happy birthday with director Farah Khan being upfront about the crisis the Khan family is currently navigating. It isn't just any other birthday for the interior designer - Gauri and Shah Rukh Khan's son Aryan was arrested last weekend in a case involving a rave party and is in judicial custody; his bail plea was rejected today. Gauri, 51 today, received a shout-out from director Farah Khan who wrote in her birthday wish, "Happy birthday to the strongest mother and woman I have personally witnessed this past week." Farah and the Khans are close friends as well as longtime collaborators - three of the four films directed by Farah star Shah Rukh Khan.

In her post, Farah Khan wrote: "The strength of a mother is second to none. The prayers of a parent can move mountains and part seas. Happy Birthday to the strongest mother and woman I have personally witnessed this past week. Gauri Khan here's wishing you the best birthday present today."

Gauri Khan also received a birthday wish from fellow interior designer Sussanne Khan. "God's love and grace will always be on your and your loved one's heads...I love you loads," Sussanne wrote, adding the hashtags #Gstar, #20yearsandbeyond, #MyNo8shine and #limitless.

Sussanne Khan's is a straight up birthday wish but she did jump to Gauri and Shah Rukh Khan's defence earlier this week in a comment on a columnist's post. "I think this is not about Aryan Khan, as he was unfortunately at the wrong place at the wrong time. This situation is being made an example to drive home the excitement that some people get as they have a witch hunt on people from Bollywood," Sussanne Khan wrote. 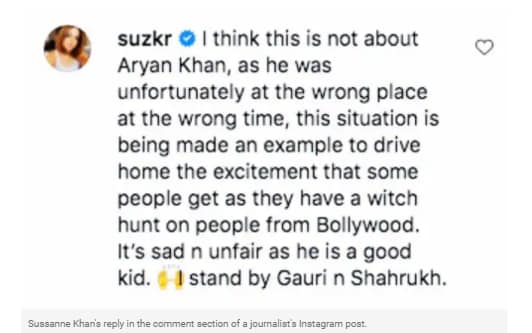 Filmmaker Zoya Akhtar shared a photo of a lioness and her cub with the words, "May you stay strong. Stay brave. Stay you." 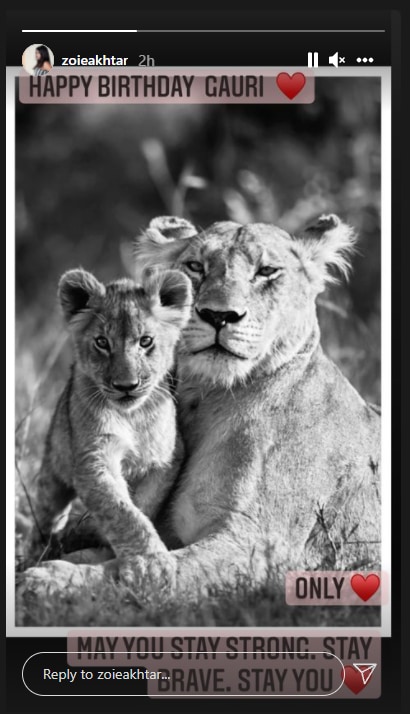 Sussanne's ex-husband Hrithik Roshan made headlines yesterday by addressing a note to Aryan Khan, the only Bollywood A-lister to have made a public comment. "Own it," Hrithik advised Aryan, 23, in his post:

Actress Neelam Kothari too shared a picture with Gauri Khan wishing her a happy birthday. 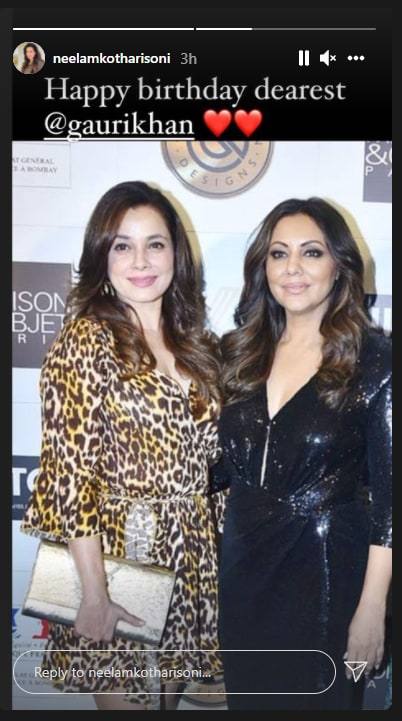 Shah Rukh and Gauri's daughter Suhana shared this birthday wish for her mother, the only member of the family to have posted anything since her brother's arrest.

Aryan Khan will no longer be in custody of the Narcotics Control Bureau but will go to jail, a Mumbai court decided yesterday. His lawyer has petitioned for bail, which was rejected today.