Timeline: How Padmavati Went From 2017's Biggest Film To Most Controversial 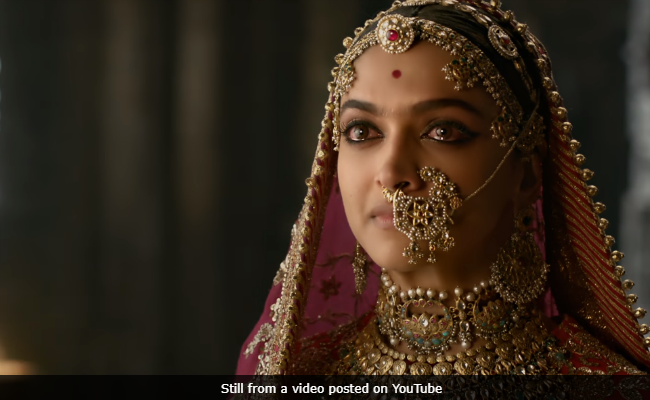 New Delhi: Deepika Padukone's Padmavati, with no concrete release date in sight, is facing stiff opposition from fringe Rajput outfits and political parties over the content of the film. The protesters are adamant that director Sanjay Leela Bhansali's film distorts historical fact by depicting romance between Rani Padmni (Deepika Padukone) and Alauddin Khilji (Ranveer Singh) - the latter invaded the fort of Chittor compelling the queen to perform jauhar. Mr Bhansali and the film's lead actors have maintained that there are no scenes - dream sequence included - between Rani Padmini and Khilji. From set vandalism to beating up the directoe and now issuing death threats to lead star Deepika Padukone and director Bhansali, the controversy is everywhere.

Here's the timeline of Padmavati controversy till now:

January 2017: Members of the Karni Sena barge into the sets of Padmavati and vandalise the property. Director Sanjay Leela Bhansali was slapped and his hair was pulled at the Jaigarh Fort. "We had warned the filmmaker against presenting wrong facts. When we came to know about the shooting, we gathered there and protested," said a leader of the group, Narayan Singh.

March 2017: Karni Sena members vandalise Padmni Mahal in Chittor Fort. They alleged that the mirrors were place 50 years ago and it misrepresents the story of Queen Padmini

September 21, 2017:: Karni Sena activists issue fresh threats over the content of Padmavati. An activist told IANS: "We will not allow distorted facts to be shown in the film at any cost, and will see to it that the film is not screened in half of India. They are trying to defame Padmavati by distorting historical facts. It is not acceptable."

September 24, 2017: Posters of Padmavatiburned outside Jaipur's Rajmandir Cinema Hall. Protestors threaten they won't allow the film to release. "We want him to show the film to the core committee of Shri Rajput Karni Sena and various organizations, including historians, before releasing it. Till then we will not allow the film to be released," Narain Singh Divrala, the district president of Karni Sena told IANS.

October 9, 2017: The trailer of Padmavati releases on social media.

October 16, 2017: As rangoli inspired form Deepika's Padmavati poster made by a Surat artist was destroyed. It took 48 hours to make.

October 18, 2017: Deepika Padukone asks Information and Broadcast minister Smriti Irani to take action against those who vandalized the rangoli.

this has to stop NOW & action must be taken! @smritiiranipic.twitter.com/o5RGhDTHPJ

October 26, 2017: Former Congress leader Shankersinh Vaghela demands a pre-release screening of movie Padmavati for Hindu and Kshatriya community leaders to check whether facts have been distorted in the film and warned of violent protests if its makers failed to do so.

November 2, 2017:BJP writes to the Election Commission seeking a ban on release of Padmavati till after the Gujarat Assembly elections on December 9 and 14. Congress wants the film to be banned.

November 4, 2017: Union Minister Uma Bharti suggests forming a committee with historians, the filmmaker, the protesters and the censor board and deciding on it.

November 8, 2017: BJP lawmaker from Ujjain, Chintamani Malviya posts against Mr Bhansali on Facebook, writes: "People like Bhansali do not understand any other language. People like him only understand the language of shoes. This country will not disrespect Rani Padmavati."

November 8, 2017: BJP's Divya Kumari, whose grandfather was the last ruler of Jaipur, calls for a ban on the film's release. "The women of Rajasthan are very upset with this film made on a queen who is the epitome of sacrifice."

November 9, 2017: Sanjay Bhansali releases statement saying "There is no interaction whatsoever between the characters played by Deepika and Ranveer."

November 10, 2017: A member of Censor Board who is also a BJP leader writes to Home Minister Rajnath Singh demanding that Mr Bhansali be tried for treason.

A protest was also staged outside Mr Bhansali's Mumbai office

November 13, 2017: Shahid Kapoor talks to media at an event an appeals to the protestors: "Give the film a chance"

November 14, 2017: Deepika Padukone's comments on Padmavati row goes viral. She said, "It's appalling, it's absolutely appalling. What have we gotten ourselves into? And where have we reached as a nation? We have regressed." Deepika was severely trolled for her comment.

November 14, 2017: Rajput outfit members vandalise a theatre which screened the trailer of Padmavati in Delhi.

November 15, 2017: Heena Singh Judeo, daughter-in-law of Dilip Singh Judeo of Chhattisgarh's former royal family, joins debate. "History has witnessed that none of the Rajput maharanis has ever danced in front of anyone, and they cannot play with history."

Censor Board chief Prasoon Joshi clarifies that CBFC hasn't seen the film as of that date.

Padmavati screened for a group of journalists, who defended the film saying: "Not a single dialogue, not a single scene, not a single sequence can be said to go against the proud history of the Rajputs of Rajasthan."

November 17, 2017: The Central Board of Film Certification sends Padmavati back to filmmakers saying that its application was "incomplete."

November 19, 2017: Haryana BJP Leader supports call to behead Deepika Padukone and Sanjay Leela Bhansali. "I want to congratulate the young man from Meerut for announcing Rs. 5 crore bounty for beheading Deepika, Bhansali. We will reward the ones beheading them with Rs. 10 crore, and also take care of their family's needs," said Suraj Pal Amu.

November 20, 2017: Supreme Court refuses to stay release of Padmavati. Since the CBFC is yet to clear the film, the top court said it will amount to 'prejudgement' if the release is stalled now.

CBFC turns down producers' request for a quick review of the film.

Promoted
Listen to the latest songs, only on JioSaavn.com
Sources reveal Padmavati's release date has been shifted to 2018.