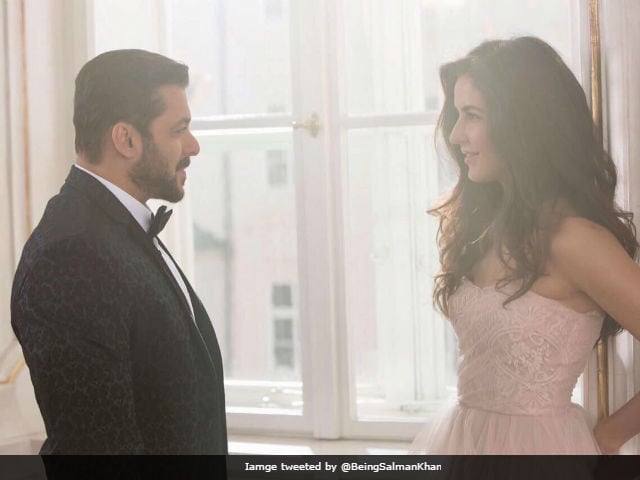 Been friends for long and finally working together @Imangadbedi , welcome to @TigerZindaHai brother ...

It has been extremes of temperature that the team of Tiger Zinda Hai has been working in. From the freezing cold and snowcapped mountains of Austria to the deserts of Abu Dhabi, here's a sneak-peek of behind the scenes through these pictures.

From minus 20 to plus 45 degrees , journey of @TigerZindaHai continues ..... pic.twitter.com/Pm7RLPRuPj

Promoted
Listen to the latest songs, only on JioSaavn.com
Talking about behind the scenes posts, how can we forget Katrina Kaif's most recent Instagram post of the Tiger Zinda Hai team at the YRF studios in Mumbai? The actress posted a picture of the crew, including director Ali Abbas Zafar, engaged in a board game on Tuesday. And guess who had clicked the picture? It was filmmaker Aditya Chopra. The actress also accompanied the post with a funny hashtag, #adityachopradoesexist. Aditya Chopra is rarely filmed by media. Well, we must say that Katrina had nailed it.