Thugs Of Hindostan: 'Only Katrina Kaif Could Pull Off Suraiyya,' Says Director

"Suraiyya is a song that gives a sneak peek into the flirtatious relationship between Firangi and Suraiyya," said Vijay Krishna Acharya 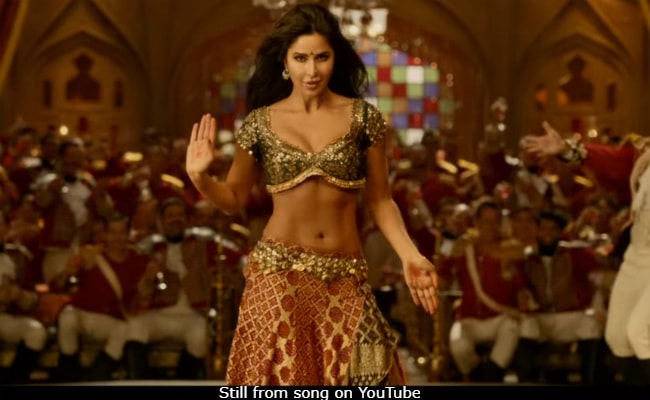 Have you witnessed Katrina Kaif's dance moves in Suraiyya teaser? The man behind all the brilliant choreography is none other than Prabhu Deva, who has received a huge shout out from Thugs Of Hindostan director Vijay Krishna Acharya. But it's only Katrina Kaif, who could have done justice to the role of a popular dancer named Suraiyaa and also the song in question, said the director, reported news agency IANS. "Prabhu Deva has done a sensational job in creating steps that only Katrina Kaif could pull off. I'm sure audiences will love it," said Mr Acharya. Katrina features with Aamir Khan in the song, the full version of which will only release with the film.

About the rapport shared between Aamir (who plays conman Firangi Mullah) and Katrina AKA Suraiyya in the song, Mr Acharya said: "They have a fun chemistry, they are an odd pair and they are both thugs in their own right."

"Suraiyya is a song that gives a sneak peek into the flirtatious relationship between (the characters) Firangi (Aamir) and Suraiyya (Katrina). While she is the most famous performer of India, Firangi is an equally cunning man of the country whom Suraiyya doesn't trust at all," he added.

The teaser of Suraiyaa released on Wednesday to send the Internet into some sort of a meltdown. Composed by Ajay-Atul, credits for the lyricsof Suraiyaa go to Amitabh Bhattacharya. The song has been sung by Shreya Ghoshal and Vishal Dadlani.

Thugs Of Hindostan is touted to be the first Bollywood film to adapt the thuggee theme on the big screen. Set in the 1795, the film follows the adventurous story of a gang of thugs' battle against the East India Company for free India. Directed by Vijay Krishna Acharya, Thugs Of Hindostan is all set to hit screens on November 8.