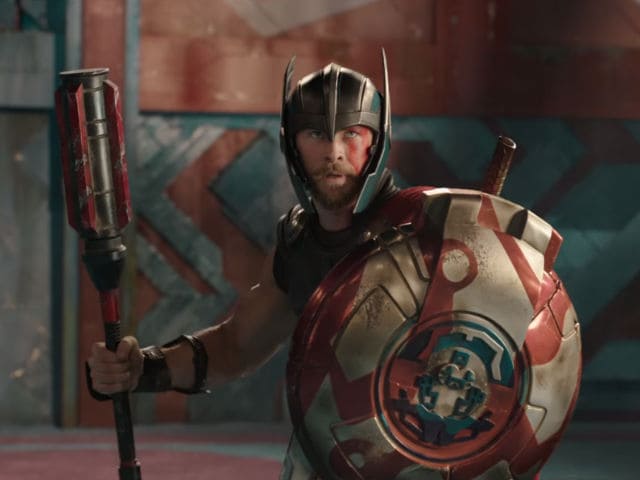 New Delhi: The teaser of Thor: Ragnarok makes sure you are gasping for breath after it is over. Cate Blanchett could not have got a better entry to the Thor series as Hela. She stops Thor's (played by Chris Hemsworth) hammer, Mjolnir using just one hand, she smiled and crumbled it into pieces, much to our shock and that of Thor's. Soon after being tossed out of Asgard, the demi-god finds himself in Sakaar and there he is put in a gladiator arena to fight - wait-for-it - 'the incredible Hulk.' Thor's happy to learn that his contender is a 'friend from work.' But Hulk's one grunt explains that this battle won't be easy.

Thor is trapped, chained is surrounded by enemies in the new teaser of Thor: Ragnarok. He is left to battle unknown forces without Mjolnir. That's like Steve Rogers fighting enemies without Captain America's shield or Tony Stark minus his Irom Man suit.

Mark Ruffalo reprises the role of Hulk, who left the Avengers after the events of Age Of Ultron. He wasnt there in captain America: Civil War too, remember? This part of the storyline seems to be inspired from Planet Hulk comic in which The Hulk reaches Sarkaar and has to fight in the gladiator arena.

Promoted
Listen to the latest songs, only on JioSaavn.com
Meanwhile, Thor's new look also debuts in the teaser and though we love Chris Hemsworth's golden locks, this hairstyle too makes him look quite dashing.

Thor: Ragnarok is slated to release in November this year.

Thor: Ragnarok Trailer - Thor (Minus Hammer And Hair) Vs Hulk. And Loki?