This Version of Sultan Song is Sung by Salman and Iulia, Apparently 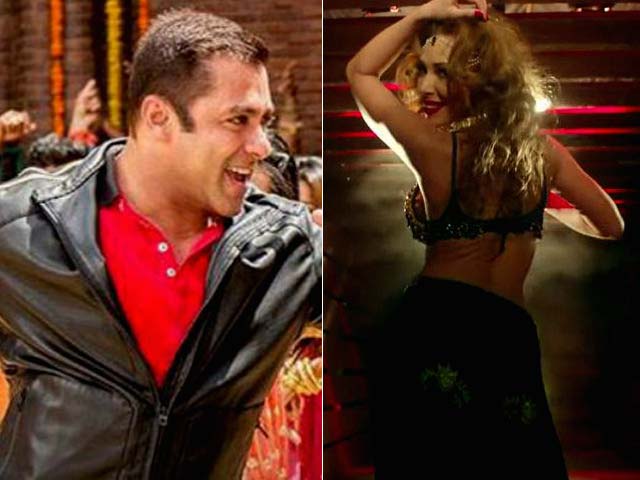 A new version of the Sultan track, Baby Ko Bass Pasand Hai, has been released and vocals are provided by Salman, 50, and, apparently, his rumoured girlfriend Iulia Vantur.

Salman and Iulia are both credited on Baby Nu Bass Pasand Hai with singer Ishita, whose voice features on the original track.

Bass up your weekend:


The version of Baby Nu Bass Pasand Hai that appears in the official soundtrack is sung by Vishal Dadlani, Shalmali Kholgade and Badshah, apart from Ishita. Vishal composes with Shekhar Ravjiani. In the music video which released on Tuesday, Salman and his co-star Anushka Sharma dance like nobody's watching.


Salman Khan and Iulia Vantur have refused to acknowledge a relationship despite being photographed together at actress Preity Zinta's wedding reception in May. A few days before that, Iulia was spotted at the Mumbai airport with Salman and his family, helping his mother Salma Khan navigate the crowded terminal.

However, Salman had dismissed rumours that he will marry Iulia soon and at a press conference in Mumbai, the actor said that he will tweet about his wedding when the time is right. In an Instagram post, Iulia wrote that she was 'not in a hurry to wear her wedding dress.'

Meanwhile, for Salman Khan, it is all about the bass and Sultan. Directed by Ali Abbas Zafar, Sultan, which stars Salman Khan and Anushka Sharma as wrestlers, will release on Eid.