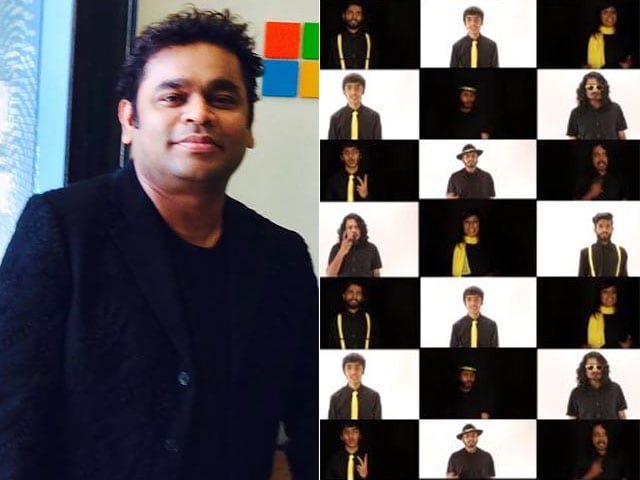 The image on the left was shared by arrahman and (right) a still from the video.

Mumbai: Mumbai-based beatboxing group Voctronica has paid tribute to Grammy Award-winning composer A R Rahman with a vocal medley of some of his most popular works.

Titled the Evolution of A R Rahman, the medley is a customised selection of Voctronica's favourite songs, including Yeh Haseen Wadiyan from Roja, Ghanan Ghanan from Lagaan, Paathshaala from Rang De Basanti, Tere bina from Guru, and Behka from Ghajini.

"This A R Rahman tribute by us will give listeners some serious goosebumps. A R Rahman is a living legend. He has always been ahead of our times and his melodies have a phenomenal range," read a statement from Voctronica.

"Evolution of A R Rahman is our attempt to showcase a chronological evolution of the revolutionary work of the inimitable master," the statement read. (Also Read: Vishal Bhardwaj is a 'Big Fan' of A R Rahman)