"I could proudly say it's going to be my most ambitious work yet," said Amala Paul 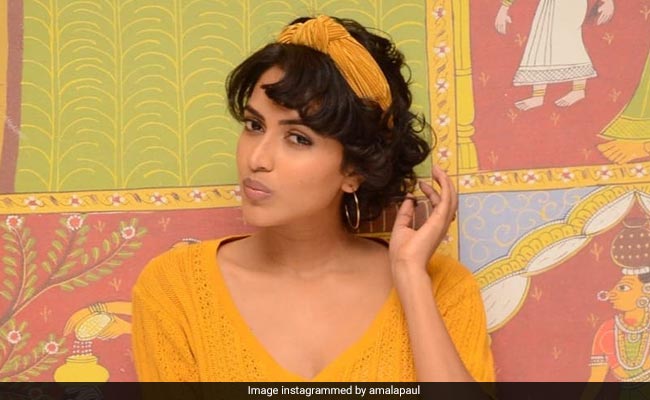 Amala Paul will soon be seen playing the late Bollywood actress Parveen Babi in a project, which will be backed by filmmaker Mahesh Bhatt, reports Hindustan Times. The actress confirmed her association with the project and told Hindustan Times: "I've signed a project in Bollywood. I could proudly say it's going to be my most ambitious work yet. I start shoot soon." The project will be backed by Mahesh and Mukesh Bhatt's production house Vishesh Films.

Parveen Babi was best-known for starring in hit films such as Deewar, Amar Akbar Anthony, Kaala Patthar, The Burning Train, Kranti, Namak Halaal and Shaan among many others. She died of multiple organ failure at the age of 55 in January 2005.

On the work front, Amala Paul featured in the 2019 film Aadai. The actress trended big time for featuring in a nude sequence in the film. The actress got a big shout-out from Samantha Ruth Prabhu and filmmaker Karan Johar.

Amala Paul features in Tamil, Telugu and Malayalam movies and she is best-known for her work in films like Mynaa, Run Baby Run, Achayans, Vada Chennai and Thiruttu Payale 2among others. Her upcoming projects include Adho Andha Paravai Pola, Aadjeevitham and Cadaver.