This Actor Filled In For Ranveer Singh In "Padmaavat". Twice

Ranveer Singh was unavailable due to a brand commitment. So, Meezaan stepped in 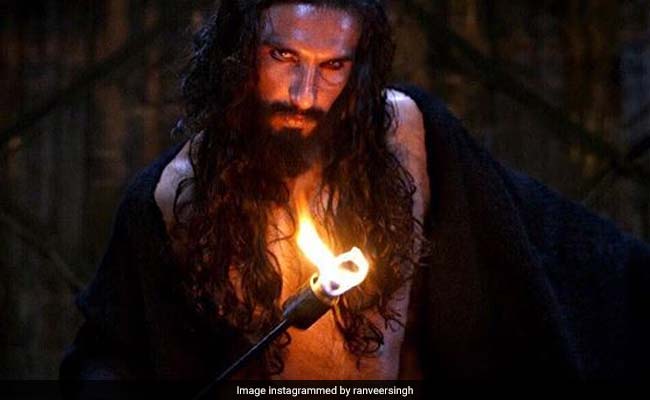 Ranveer Singh in a still from "Padmaavat". (Image courtesy: ranveersingh)

Meezaan, son of actor Jaaved Jaaferi, who is debuting in Sanjay Leela Bhansali's Malaal come July 5, said on a show that he filled in for Ranveer Singh in two scenes in 2018 blockbuster "Padmaavat", reports news agency IANS. Meezaan was assisting Mr Bhansali on "Padmaavat", in which Ranveer played the antagonist Alauddin Khilji. Speaking on Zoom's By Invite Only, Meezaan said: "I was assisting Sanjay sir for the movie "Padmaavat." I was at the set, when they were discussing how it's going to be difficult to shoot some scenes because Ranveer was unavailable due to a brand commitment."

"But Sanjay sir said 'we'll do it', and to my surprise, he turned to me and said I should do it. The next day on the set, they asked me to memorise all Ranveer's gestures and lines... There are two scenes in "Padmaavat" where I stood in for Ranveer Singh," he added.

"Padmaavat" was the third highest earning film of 2018 and it featured Deepika Padukone in the lead role of Rani Padmavati, for whom, as folklore has it, Alauddin Khilji attacked Chittor. Deepika and Ranveer did not share scenes in the film as before Alauddin Khilji could capture Rani Padmavati after the siege of Chittor, she performed jauhar.

Meanwhile, Meezaan Jaaferi is debuting opposite Sanjay Leela Bhansali's niece Sharmin Segal. Speaking of casting Meezaan and Sharmin in Malaal, Sanjay Leela Bhansali told PTI: "Four years ago, Sharmin was assistant on Bajirao Mastani and I said bring someone for costume trial and she got Meezaan. When he entered, I was like a star has arrived... It is two years of hardwork and tolerating me. They are very strong kids."