Rubina Dilaik's COVID Cheatsheet: 5 Things She Did While Recovering 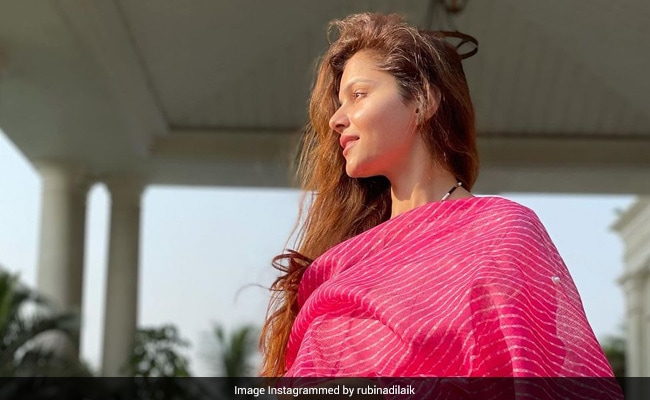 Actress Rubina Dilaik had tested positive for COVID-19 recently. The Bigg Boss 14 winner, who is currently quarantining in her hometown, Shimla, shared certain practices that she followed on her road to recovery. Along with her latest Instagram Reels, Rubina wrote, “I quarantined for more than 19 days. But these are the 5 things I did to help me speed up my recovery. Most important is to listen to your favourite music and be happy.” In the montage, we can see short clips of Rubina following these simple steps. The first note on the video reads “Ate healthy.” Next, Rubina said that she “stayed hydrated,” and showed fans the two flasks that she was using. Her third step was practising yoga. In the frame, the 33-year-old can be seen meditating. Now, this is a crucial one and the note read, “medications on time.” The fifth thing that Rubina swore by was “listening to music.”

Rubina has been keeping her spirits high in these tough times by sharing some fun posts on the social media platfomr. In one of her recent uploads, the actress is having a fun time with sister Jyoti Dilaik. “Sisters who quarantine together, heal together,” the caption read. She dropped hashtags such as #healing and #bosslady.

In a video uploaded by the actress, we can see her binging on some cherries from the hills.

The Shakti – Astitva Ke Ehsaas Ki star also treated her fans to some throwback pictures with husband, actor Abhinav Shukla. Through the caption, Rubina said that she is "missing" him.  Abhinav is currently shooting for the upcoming season of Khatron Ke Khiladi in Cape Town, South Africa. “One month of not being in your arms. I miss you, Abhinav Shukla,” the caption read.

Rubina made her acting debut with the television series Chotti Bahu in 2008. She married Abhinav in 2018.