Krushna Abhishek: "No one can beat the fact that The Kapil Sharma Show is the biggest comedy show in the country" 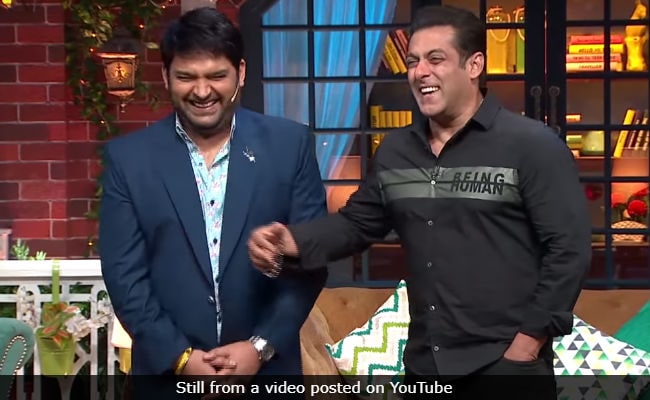 Kapil Sharma's co-star Krushna Abhishek confirmed that the comedian did not take a pay cut to return to the small screen with the second season of The Kapil Sharma Show, reports BollywoodLife. He added that Salman Khan is a "generous producer" and "cost cutting was out of question." Krushna told BollywoodLife: "These pay cut rumours are false. We are getting our stipulated amount. We are extremely happy working together. Anyways, money is secondary. No one can beat the fact that The Kapil Sharma Show is the biggest comedy show in the country." Kapil Sharma returned to television after a nine-month break in December 2018.

Kapil Sharma's comedy series, Family Time With Kapil Sharma, went off air in March 2018 after airing only few episodes due to the frontman's deteriorating health and his subsequent no show at the shooting. After the show ended, Kapil Sharma briefly checked into a rehab to get over alcoholism. He returned with a bang in December 2018 with the second season of The Kapil Sharma Show (the first season ran successfully from 2016 - 2017) with team Simmba as his first guests.

Speaking about the show, a source close to the project told BollywoodLife: "Only time will tell if the second season is a success. We are getting enough and more sponsorship for the show till now. The response on social media was also good. The producers are not cutting costs at any levels. The success or failure will be evident after we get the first TRPs."