The Supermoon, As Seen By Nushratt Bharuccha And Sushmita Sen

Sharing the pictures, Nushrratt Bharuccha wrote: "Sun, moon and stars... we already have them all" and we couldn't agree more 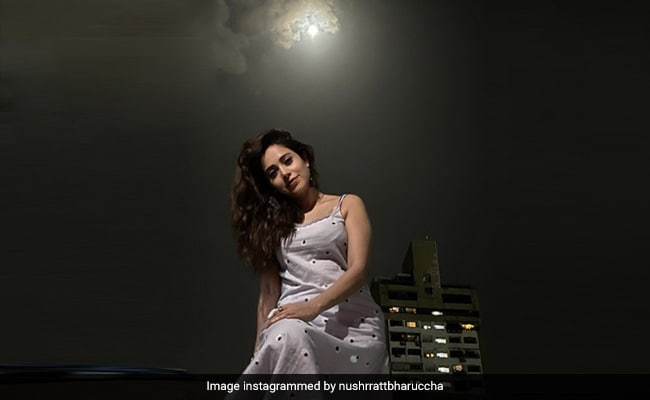 The world witnessed a super-celestial event - the first lunar eclipse in two years - on Wednesday and while it was visible in many countries, it coincided with a supermoon in India, which observed only a partial lunar eclipse in the north-eastern states after the moonrise. Just like everyone else, actresses Sushmita Sen and Nushrratt Bharuccha also tried to capture the surreal moment on the camera. Nushrratt, on Thursday morning, posted a set of breathtaking pictures of herself enjoying every moment of the supermoon on what appears to be a terrace. She can be seen wearing a white strappy kurta and looks beautiful with her hair in loose, wavy curls. Sharing the pictures, Nushrratt Bharuccha wrote: "Sun, Moon and Stars... we already have them all" and we couldn't agree more with her.

Sushmita Sen posted a video, as well as a picture of the full moon and wrote: "#reveal, The clouds... An eclipse...nothing can hide the brilliance for too long. A knowing that's kept me going since my childhood...super special this relationship with the #moon. I prayed for all of us! Happy Budh Purnima!"

For those who don't know, it was the first total Lunar Eclipse in over two years and the last time a total Lunar Eclipse took place was in January 21, 2019. It was also a red blood moon as the moon appeared slightly reddish-orange in colour in parts of Australia and the United States.

On Wednesday evening, Nushrratt Bharuccha posted several pictures of herself soaking in the sun in the same outfit. Needless to say, she looks mesmerising in every one of them.

Nushrratt Bharuccha was busy filming Ram Setu with Akshay Kumar and Jacqueline Fernandez before the shooting halted due to the coronavirus crisis. She was last seen in Netflix anthology film Ajeeb Daastaans, which released on April 16. She also has a film titled Chhorii, a remake of the Marathi film Lapachhapi, lined up.