The Shaan Of Shashi Kapoor: There Will Never Be Another Like Him

Farewell, Shashi Kapoor. There will never be another like you 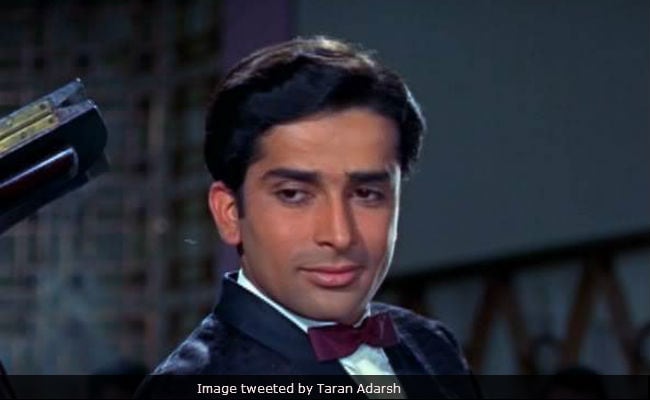 New Delhi: Shashi Kapoor was born with the most unfair of advantages over several other actors of his time: he was born a Kapoor, the second generation of a newly-formed Bollywood dynasty at a time when Bollywood itself was young and dynasties scarce; and he was incredibly good-looking. Like the Kapoors before him - father Prithviraj, brothers Raj and Shammi - all Shashi Kapoor wanted to do was act, but he didn't simply depend on his last name and his matinee idol appearance to build a career that spanned 40 years and 175 films.

Shashi Kapoor died in Mumbai on Monday at the age of 79, leaving behind generations of broken-hearted fans and a rich legacy. The masterclass that is Shashi Kapoor's filmography offers at least five lessons in being a fearless actor for Bollywood to learn. The best way to celebrate his life is to learn them.

Experiment: For most of his career, Shashi Kapoor flitted between mainstream and parallel cinema with the greatest ease. He could play Shaan's Ravi Kumar and Junoon's Javed Khan with equal dexterity. There seemed to be no role he could not play. His resume is the most extraordinary mix of romances like Jab Jab Phool Khile and Pyar Kiye Jaa, dramas like Deewar and New Delhi Times and comedies like Namak Halaal. He went international not with a powerful Hollywood studio like MGM who would cast him in blockbusters, but in the far more understated films by Merchant-Ivory.

You don't always have to look good on screen: Even Shashi Kapoor didn't always look like Shashi Kapoor in his films. In Utsav, for instance, he was pot-bellied and hirsute and quite unrecognizable. This most good looking of actors was utterly unfussed about looking good.

Don't be hung up on playing the hero: Very often, the role Shashi Kapoor played wasn't what filmy parlance describes as 'male lead' - or any lead, for that matter. In films like Namak Halaal and Deewar, for which he won the Filmfare Award for Best Supporting Actor, he played what was considered very much the second fiddle.

Gender isn't important in a hit Jodi: Shashi Kapoor's most successful screen partnership was not with Nanda, his favourite heroine, or with Raakhee or Rekha or Sharmila Tagore or any other actress he was cast opposite. It was with Amitabh Bachchan. Shashitabh was the hit Jodi of hit jodis, out-lasting Amitabh-Dharmendra, Amitabh-Rekha and several others. From the seminal Deewar to the hilarious Namak Halaal, the layered Kabhie Kabhie to the shenanigans of Shaan, Shashitabh ruled together almost unchallenged.

Promoted
Listen to the latest songs, only on JioSaavn.com
Celebrate the talent around you: Shashi Kapoor appeared in ensemble films before Karan Johar and Zoya Akhtar rediscovered them decades later. From 1965's Waqt to films like Roti Kapda Aur Makaan, Trishul and Shaan, he was unafraid of being potentially outshone by other actors - and this rarely happened.

Farewell, Shashi Kapoor. There will never be another like you.