The Reason Why Jackie Shroff is 'Tensed' About His Son Tiger 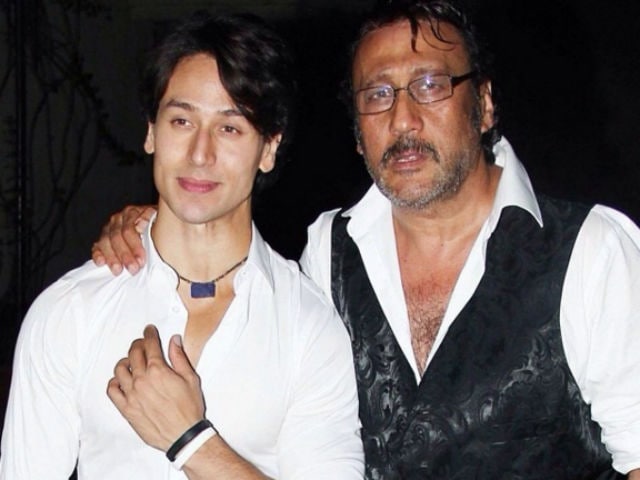 Mumbai: Actor Tiger Shroff said that his father actor Jackie Shroff is always tensed about how the audience will accept him.

"My father is always tensed and scared as to how the audience will react - whether they will accept me or not. Being a son of a talented and great actor like him, there is pressure, and there are expectations. He understands that," Tiger told PTI.

"Every star son has to face this thing. I work very hard to make my father and mother proud. That is my goal," he added.

Tiger said that his father loved the trailer of his upcoming film Baaghi.

"My family is very happy about this film. My father doesn't speak much but I could sense that he is very happy. The biggest high for me is when my parents are happy," said Tiger.

In his debut film Heropanti, Tiger stunned everyone with his action and dancing skills. Now, for his second film Baaghi, the young actor has learnt Kalaripayattu, an ancient martial art form from Kerala.

In the film as well, Mr Bharadwaj will be seen as Tiger's trainer. "Before I met him (Chief Commando Trainer Grandmaster Shifuji Shaurya Bharadwaj), there was pressure. My master is a talented person and practitioner of this art. With Baaghi, we have gone ahead and treated the audience with something new to watch onscreen," said Tiger.

"I have tried my best to do justice to this art form. Whatever I have learnt so far, I want to up my quotient in action," he added.Through Baaghi, the makers want to promote the art form practised by warriors.

"It is about going back to our roots and being proud of what we are. We had martial arts form here but I don't know why people were not using it. Everybody in the east wants to be like the Wwest and people in the west want to be like the east," said Tiger.