The Only Award Nawazuddin Siddiqui Won For Gangs of Wasseypur 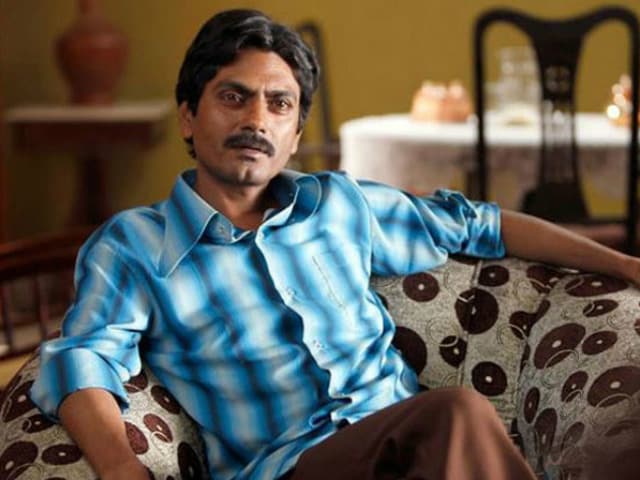 Nawazuddin Siddiqui in still from Gangs of Wasseypur 2.

Mumbai: A National Award-winning actor, Nawazuddin Siddiqui said that he remains unaffected when his critically acclaimed movies fail to be recognised at any "commercial" award ceremonies.

At most Bollywood award galas, it is Bajrangi Bhaijaan, Piku and Bajirao Mastani, which won the top honours. Clearly, Nawazuddin's Manjhi - The Mountain Man, a story based on a man who cut a road through a hill to connect his village, has not been in the picture.

Nawazuddin, who appeared at the 22nd Lions Gold Awards in Mumbai, said: "Commercial awards don't affect me anymore. Those who get the awards, they feel happy and those who don't, feel upset."

"This award is important for me as they select only those actors whose performances have been really good, compared to other awards functions. Nobody gave me award for Gangs of Wasseypur except Lions Gold Award for the character of Faisal Khan, which became iconic. Now, I am receiving an award for Manjhi, which went unnoticed in all award events even after audience liked the movie," he added.

Ketan Mehta's Manjhi - The Mountain Man failed to be a commercially successful movie. But it was the performances of Radhika Apte and Nawazuddin that attracted more audience.

The 49-year-old actor, who has dabbled in a variety of roles, said: "Stardom is something I do not think about. I am still trying to be an actor."

He will next be seen in Raees and Te3n. (Also Read: More From Amitabh Bachchan, Nawazuddin Siddiqui's Te3n Diaries)