The Making Of The Legend That Are The Rolling Stones 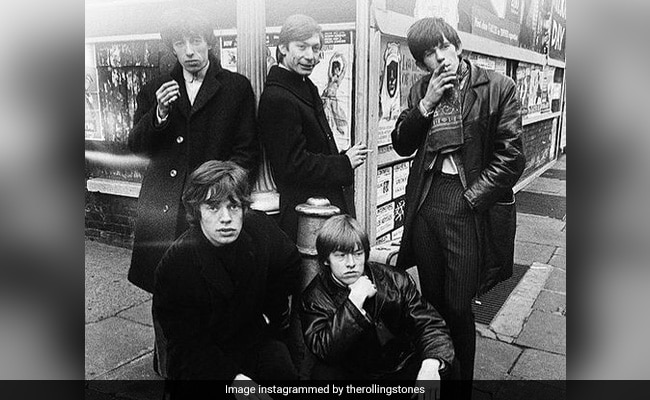 A throwback of The Rolling Stones members. (courtesy therollingstones)

The Rolling Stones were formed in a grim two-bed flat in London in 1962 by three blues fans, and went on to become the world's biggest rock band. Here is a snapshot of the group in five figures.

A filthy West London flat of unmade beds, dirty dishes and cigarette butts, with Chuck Berry and Muddy Waters records scattered on the floor among old socks: it is here at 102 Edith Grove where the Rolling Stones band was born. Now part of the chic neighbourhood of Chelsea, the group's first shared apartment was re-created for an exhibition at the Saatchi Gallery in London in 2016. Keith Richards summed it up as "a pigsty" and Mick Jagger "a pretty stinky, disgusting place."

Frontman Mick Jagger has long been the face of the Stones, but the band has seen at least 13 fully fledged members come and go over the years - with many more musicians joining in on tour. It was formed by Mick Jagger, Richards and Brian Jones, who were soon joined by bass guitarist Bill Wyman and in-demand jazz drummer Charlie Watts. The erratic and drugs-using Jones was ousted from the band in 1969, and not long after drowned in his swimming pool aged 27. He was replaced by Mick Taylor and then in 1974 Ronnie Wood took over on guitar. After Charlie Watts' death, today's Stones are Mick Jagger, Richards and Wood.

The Rolling Stones first appeared on stage in 1962 and cut their teeth in the smoke-filled bars of West London, where rock music was starting to replace jazz. Fifty-nine years later the Stones are one of the oldest rock groups still active, preferring lucrative tours -- they made $117 million in 2018, according to Forbes - to working in the studio. "Me, retire? What am I gonna do? Mow the lawn?" said drummer Watts to The Times newspaper in 2017.

The group has released 23 studio albums in Britain with two more for the United States since their first eponymous record in 1964. Their sales are estimated at more than 200 million worldwide. They peaked over 1968-1972 with four classic albums: Beggars Banquet (1968), Let It Bleed (1969), Sticky Fingers (1971) and the double Exile On Main Street (1972). Their last original album was A Bigger Bang in 2005; their most recent, Blue and Lonesome, in 2016, features covers of blues tracks.

One of the most recognisable in the music industry, the Rolling Stones' logo of ruby red lips and sticking-out tongue was acquired at a snip from a design student in London ahead of the band's European tour in 1970. "Mick showed me an image of the Goddess Kali, which became the starting point to our discussion regarding the design of the logo," John Pasche recalled in 2007 in online magazine The Rock and Roll Report. "I wanted something anti-authority, but I suppose the mouth idea came from when I met Jagger for the first time," Pasche said to The Guardian in 2008. "The first thing you were aware of was the size of his lips and his mouth." Pasche got £50 for his troubles, and two years later another £200 in recognition of the logo's success. In 2008 London's Victoria and Albert Museum bought the original artwork from him - for £50,000.