Faith Proved George Michael Was A Superstar. Patience Proved He Was A Great 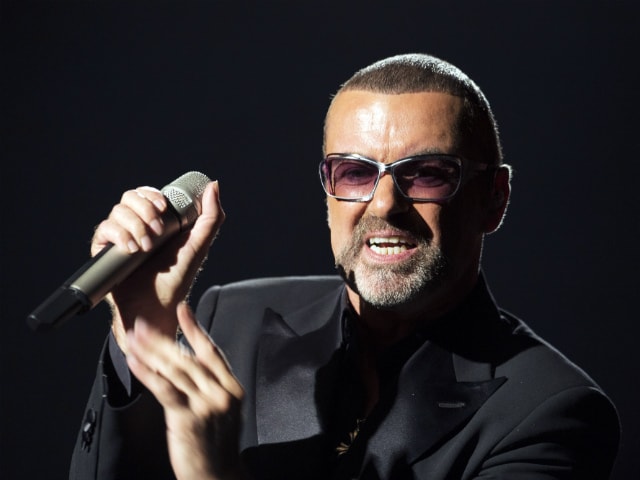 Washington: George Michael was given only 53 years in this world, but he made them count. He was still a teenager in 1982 when he began triggering worldwide endorphin-rushes as a member of Wham! Five years and a few hairstyles later, he went solo, wiggled the backside of his Levi's on MTV and became a global sex symbol. By the time 2004 rolled around, he was staging a big comeback at age 40, and he divulged the riddle of his craft that year in the pages of British GQ: "People have always thought I wanted to be seen as a serious musician, but I didn't, I just wanted people to know that I was absolutely serious about pop music."

He had recently issued what would be his fifth and final studio album, Patience, a sensuous, sprawling meditation on sex, war, grief and commitment. Playful one moment and contemplative the next, the album seemed to give Michael an opportunity to sort out some important truths about pop itself: that our pleasure is not frivolous, and that heavy ideas travel further when they're floating on bright melodies.

Now - after the British superstar died in his home on Christmas Day - Michael's legacy seems to run in poignant parallel to those of other pop gods we lost in 2016. Like Prince, he sang about the transcendental potential of human sexuality, and like David Bowie, he sought liberation through reinvention. In 1987, Michael donned an iconic leather jacket in the music video for Faith. Three years later, he was burning it on a coat hanger in his video for Freedom '90. Fantastic.

And if freedom was what Michael was preaching in 1990, freedom is what we were hearing on Patience in 2004. In the years leading up to the album, he broke ranks with other zip-lipped superstars, writing and performing antiwar songs, including Shoot the Dog, a dance floor satire that skewered Tony Blair and George W. Bush. But in the context of Patience, "the teasing mood of Shoot the Dog clashed powerfully with the album's title track, a ballad about feeling blinkered by the war machine. Fingertips barely touching the piano, Michael asks, "Is it my imagination, or did God already leave the table?"

That's the kind of lyric that sends you scrambling back through an artist's songbook, searching for everything you missed the first time around. (And about that: Has there ever been an opening line more deliciously flirty than, "Well, I guess it would be nice if I could touch your body"?)

Of course, this was entirely by design. "Because I did my little bit of campaigning against the war, I had a feeling that it might make people listen a little more intently than they did before," Michael said in a 2004 interview with MTV.

Patience was a bigger hit in Europe than it was it was in the States, so if you weren't listening then, please listen now. You'll hear songs about ecstatic bonds (Amazing), perilous romances (Cars and Trains), dark family secrets (My Mother Had a Brother), courageous dream chasers (Flawless (Go to the City) ), deceased lovers (Please Send Me Someone (Anselmo's Song) ) and more. It's dizzying, just like life, and the entire thing is held together by the intimacy of Michael's vocal delivery - that warm, sandpapery pillow-talk that could soar without warning.

Michael once said that Patience captured his most confident songwriting since his rookie days in Wham!, and across these songs, the man sounds more "absolutely serious about pop music" than he ever did. He also promised that it would be his last album. Nobody wanted to believe him - then or now.