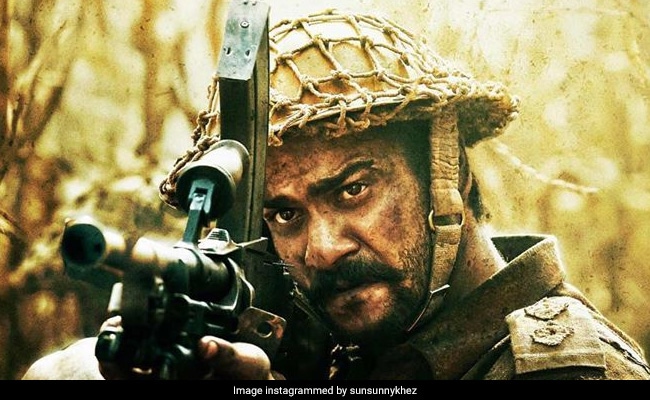 Human memory - and misery - have vital significance in war sagas. They certainly do in Kabir Khan's digital debut, The Forgotten Army - Azaadi Ke Liye, a five-part Amazon Prime original that puts Netaji Subhash Chandra Bose's Azad Hind Fauj and its soldiers under the spotlight. As the men and women of the Indian National Army (INA) fight to rewrite history and put an end to the horrors heaped upon an enslaved people, there is pain and pillage all around.

With broad Bollywood-style strokes, the script (by Kabir Khan, Heeraz Marfatia and Shubhra Swarup) gives full play to dramatic licence and incorporates fuzzy romance in what is intended to be a historically accurate account of a chapter of India's freedom struggle that has since been reduced to a footnote. The result is a significant dilution of the impact of a well-timed tribute to brave men and women who fought not for mere territory and control over minds but for an idea of a nation free in every sense of the word.

Notwithstanding its flaws and convenient generalizations, The Forgotten Army does a far better, and more honest, job of capturing history. It presents a sharp contrast to the shrill, jingoistic renditions of the past that contemporary Mumbai cinema foists upon us in a climate of bitterness and specious narratives. Kabir Khan colours The Forgotten Army just right. Its notions of nation and patriotism spring from a place of undiluted commitment to the idea of true freedom.

In The Forgotten Army, love for the homeland takes unequivocal precedence over narrow divisions of sectarian identity and gender as Netaji Subhash Chandra Bose forges a fighting fit outfit made up primarily of British Indian Army soldiers captured by the Japanese after the Battle of Singapore as well as volunteers willing to lay down their lives in the struggle to free India from foreign yoke.

However, Khan, whose late 1990s documentary lies at the root of this long-in-gestation series, is unable to shrug off the Bollywood-induced tendency to let sweep and scale swamp out sharpness of detailing and layering. In the end, The Forgotten Army comes across as more a story of unrequited love than an account of a war that was destined to end in defeat and, as the series suggests, deliberate obliteration.

The Forgotten Army sees the INA's forays through the recollections of a fictionalized officer, Surinder Sodhi, who was in active combat in Singapore and Burma between 1942 and 1944. More than 50 years later, visiting his elder sister's family in Singapore, he opens up to his grand-nephew Amar (Karanvir Malhotra), a journalism student who initially dismisses the old man as "a family weirdo."

A large part of the story plays out in the first half of the 1940s, when the younger Sodhi (Sunny Kaushal), a man proud of his family's service to the British Indian Army, is drawn into the INA fold after hearing a stirring Netaji speech which gives the men in the ranks - and, importantly, the women waiting in the wings - the defining marching slogan, "Chalo Dilli."

The Forgotten Army is also set in 1996, the year the older Sodhi (M.K. Raina), who has been in his shell for decades to tide over the scars of battle, makes the trip to Singapore and then accompanies Amar to Myanmar, a nation in the throes of a pro-democracy uprising led by students and a military junta crackdown on protestors (sounds familiar?). Sodhi physically retraces the journey that he and his comrades - Arshad (Rohit Chaudhary), Rajan (R. Badree), Rasamma (TJ Bhanu) and, most significantly in the context of the narrative, Maya Srinivasan (Sharvari Wagh), a young photo-journalist-turned-soldier, undertook all those years ago.

Each episode begins with a brief voiceover by Shah Rukh Khan. The text of the introduction does not reveal anything that students of history do not already know, but it does spell out the enormity of the odds stacked against the INA and the bravery involved in plunging into the unknown without worrying about the consequences.

Filmed on location in Thailand and on sets erected in Mumbai, The Forgotten Army draws upon true stories and the documented experiences of real INA combatants and blends them with free-wheeling fictionalized elements. One example: a character is given the name Lakshmi (played by Shruti Seth, she is obviously modelled on Lakshmi Sahgal), while another is called Lata Swaminathan (Swaminathan was Lakshmi Sahgal's pre-marriage family name).

The mini-series devotes a great deal of footage to the founding of the all-women Rani of Jhansi Regiment. "An army is no place for a girl," Maya's mother (Amala Akkineni) asserts when she suggests that she has made up her mind to join Netaji's army.

A pointed conversation between Maya and Sodhi in a subsequent scene puts the birth of Rani Jhansi Regiment in context. The latter suggests that army positions are for "warrior races", not for those that are "effeminate". Maya shoots back: Who decides what's a warrior race and what isn't? Differences are sunk in an instant and love blossoms between the two although Maya already has a suitor, Shridhar (Akhil Iyer), who, too, follows her into the INA, setting up the stage for a love triangle. Mercifully, the war zone menage a trois, stays on the fringes of the tale.

A little later, Sodhi regurgitates Maya's words as he addresses the women cadets in his capacity as a training officer. He tells farmhand Rasamma, a victim of a sexual assault by a British officer: "I promise you Rasamma, we will fight together till our last breath for the India you dream of." In a way, that fight is still on, which is why The Forgotten Army is relevant in the present even as it deals with the past.

One of the more interesting aspects of The Forgotten Army is its diverse cast of actors and extras. Sunny Kaushal puts his best foot forward. Rohit Chaudhary contributes a few of the livelier moments. Sharvari Wagh is clearly a talent worth keeping an eye on.

Veterans such as M.K. Raina (whose presence lends gravitas to the series), Nizhalgal Ravi (as Maya's father) and Amala Akkineni rub shoulders with actors who are just starting out in their careers - Karanvir Malhotra, Paloma Monappa and TJ Bhanu. And watch out for prolific actor-filmmaker Takeshi Kitano in the role of a Japanese general who leads his force to victory in Singapore.