The Family Man 2 : Trailer of the show released on Wednesday 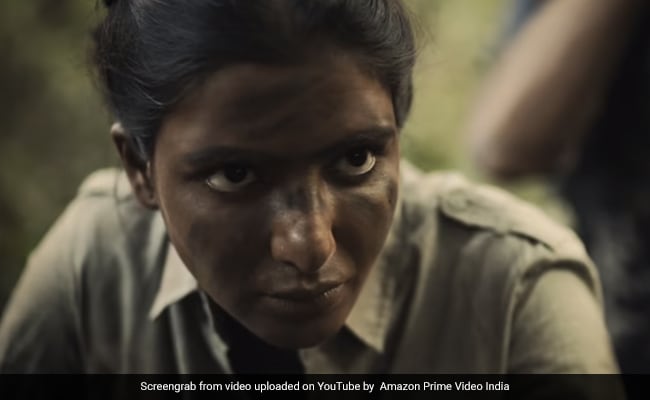 The Family Man 2 : Samantha Ruth Prabhu in still from the trailer.(Image courtesy: YouTube)

The much-awaited trailer of The Family Man 2 released on Wednesday and actor Rana Daggubati is already excited about it. For those who don't know, The Family Man 2 marks the web debut as well as the first Hindi project for south star Samantha Ruth Prabhu. Rana Daggubati, who is the cousin brother of Samantha Ruth Prabhu's husband, actor Naga Chaitanya, on Thursday, reacted to the show's trailer and said that he "can't wait" to watch it. Samantha had shared the trailer of the show on Twitter yesterday. Responding to Samantha Prabhu's post on Twitter, Rana Daggubati wrote: "This looks wild, good going, can't wait for this one."

This looks wild good going can't wait for this one!! https://t.co/lGhJSd73H9

On Wednesday, Naga Chaitanya had also reacted to the trailer of the show and gave it a complete 10 on 10 score. "Love It!! 10/10," he wrote sharing the trailer on Twitter. Samantha Prabhu responded to her husband's tweet and asked if the "10/10" was for the trailer or her. "10/10 the trailer or me," Samantha replied.

Take a look at the Twitter exchanged between Samantha and Naga Chaitanya here:

Check out the trailer of The Family Man 2 . "Hope you like it," Samantha wrote while sharing the trailer on Twitter.

The Family Man 2 has been written and directed by filmmakers, Raj Nidimoru and Krishna DK. The first season of the show was released on Amazon Prime Video in 2019. The second season was earlier scheduled to release in February this year but was delayed due to the COVID-19 pandemic. It will now premiere on Amazon Prime Video from June 4.

The Family Man stars Manoj Bajpayee in the titular role. In the second season, he is reprising his role of the undercover agent Srikant Tiwari.