The Family Man 2 Trailer: The first few minutes of the trailer are all about Manoj Bajpayee trying his best to be the titular family man, till he experiences FOMO 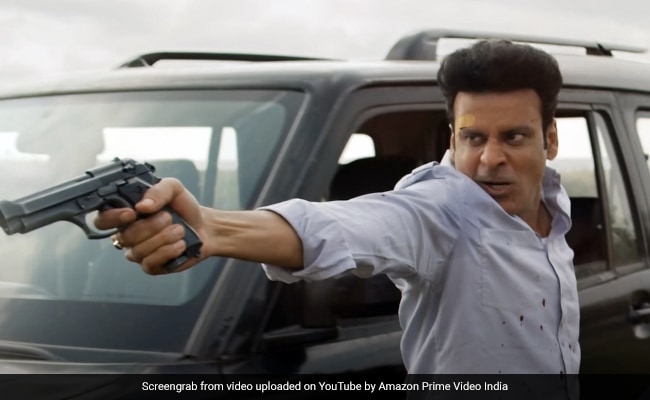 The Family Man 2 trailer is here and the wait was worth it. Manoj Bajpayee reprises his role as Srikant Tiwari in the new season but this time he has had a job change and he is going to a relationship counsellor along with his wife to save his marriage. The first few minutes of the trailer are all about Srikant trying his best to be the titular man, till he experiences FOMO - fear of missing out. Before his job change, Srikant was an intelligence officer of the National Intelligence Agency, like we saw him in the first season. A phone call with his former colleague reminded him of the thrill and action he is missing out and soon, we see him handling a case of terrorism in Chennai.

The Family Man 2 marks the digital debut of south actress Samantha Ruth Prabhu, who has been cast as a terrorist named Raji. She arrives in Chennai with plans of destroying the city, chalked out by terrorist outfit ISI and rebel leaders. Raji has only one motto: "I will kill them all" and she is up against Srikant Tiwari.

Watch the trailer of The Family Man 2 here. "Hope you like," wrote Samantha Ruth Prabhu while sharing it.

The Family Man series is created and director by Raj Nidimoru and Krishna DK. While actors such as Sharib Hashmi, Priyamani, Sharad Kelkar, and Shreya Dhanwanthary will reprise their roles from the first season, the show has cast new entries such as Ravindra Vijay, Shahab Ali, Devadarshini Chetan, Anandsami, Vedant Sinha and Mime Gopi.

The Family Man 2 was earlier supposed to premiere in February but was delayed due to the pandemic. The shooting of the second season concluded in March. The Family Man 2 will premiere on Amazon Prime on June 4.